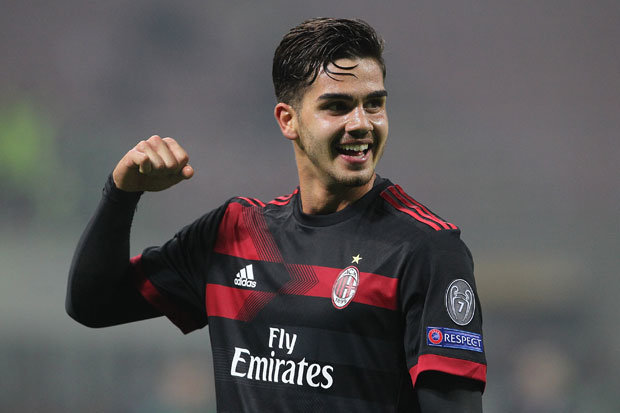 Subject to a report published by talkSPORT, Arsenal are allegedly eyeing a summer swoop for AC Milan striker Andre Silva in order to bolster the club’s offensive ranks for the 2018-19 campaign, as Arsene Wenger supposedly views the Portugal international as the perfect potential signing.

Silva joined the Rossoneri from Liga NOS side FC Porto in the summer of 2017 for a fee which is said to be worth £33.6m, but after an adverse debut season at the Serie A giants, the 22-year-old attacker has subsequently tumbled down the pecking order under interim boss Gennaro Gattuso, having only netted 9 goals in all competitions to date.

However, despite his shallow tally at club level, the intricate hit-man is a proven marksmen in front of the target and during qualification for the 2018 World Cup in Russia he notched 7 international goals for the current European champions.

Having invested a fairly substantial figure to secure his signature from the Dragões, it’s thought that Milan would wish to recoup a similar sum if they were to let him depart the San Siro in the summer, so if Arsenal are indeed tailing his services, they certainly have to break the bank to lure him to the Premier League.

Silva is under contract at Milan until 2022 after penning a long-term deal upon his arrival in Italy, although as things aren’t moving as smoothly as he would have liked at his new employers, perhaps a swift switch to pastures new would benefit the stuttering striker – the Emirates, it seems, beckons.