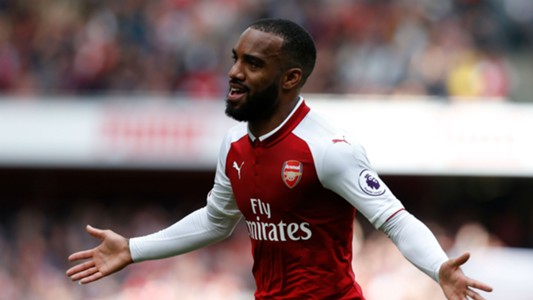 Ex-Arsenal and Premier League pundit Alan Smith believes that the Gunners could ‘offload’ Alexandre Lacazette in the summer if he fails to find his once prolific form in front of the target, after enduring a faltered start to his career at the Emirates.

Lacazette jumped across the English Channel last summer for a then club-record fee of £53m and a lot was anticipated of the clinical Frenchman upon his arrival, having netted 37 times in all competitions for his former employers during the 2016-17 campaign.

However, the English top-flight is a notoriously troublesome division to adapt to for many players from overseas, and the 26-year-old has only managed to muster 9 goals thus far this term, with only just of those strikes coming within the last 13 outings for the north-Londoners.

The stuttering striker has been out of action since mid-February after sustaining a knee injury, although after Pierre-Emerick Aubameyang penned a contract at Arsenal to club’s most expensive purchase, Lacazette certainly has a task on his hands if he’s to regain supremacy in Arsene Wenger’s starting XI, and Smith is wary that ‘Le Prof’ and co. may be having doubts of the attacker’s underlying quality.

“He may not be the player that Arsenal thought he was,” ‘Smudger’ said to the media, via a report published by the Daily Star.

“He started off well but you can look like a world beater in France and just not make the grade in England.

“Arsenal have a few other players to show that.

“They may even have to offload him if he doesn’t come good.”