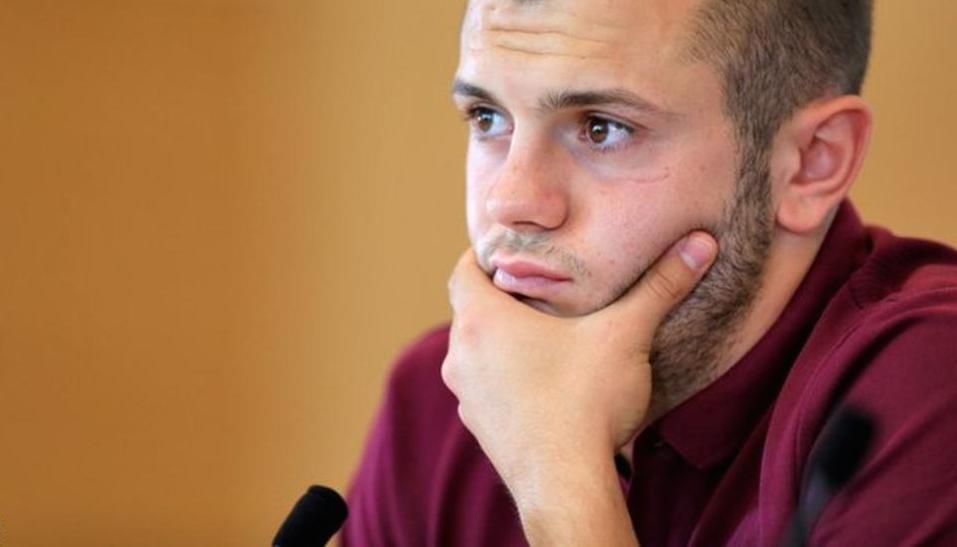 After enduring tedious, lacklustre spates during Sunday’s Premier League tie against Stoke City, Arsenal rallied in the last 15 minutes to sweep the Potters aside 3-0 and Jack Wilshere, who captained the north-Londoners at the Emirates, is adamant that he and his teammates are ‘ready’ for Thursday’s Europa League clash with CSKA Moscow, as continuity and confidence are key components for success.

Having registered their 4th successive victory in all competitions against Paul Lambert’s wounded contingent, tails would presumably be up at the Gunners, and though they’re tailing the top-four in the English top-flight, Champions League football is still attainable by laying claim to the continent’s secondary tournament, and Wilshere certainly  understands the magnitude of the challenge which awaits them when they square up to their imposing Russian counterparts.

“It’s a big game,” he admitted, via a report published by ESPN. “We needed that 90 minutes out of the way. We needed to get the three points, move on and keep the momentum going.

“We’ve won a few in a row and wanted to keep that going. Now we’ve got a big one on Thursday and we’re ready for that.

“Sometimes it’s like that after an international break, it takes 45 minutes to blow the cobwebs off.

“I think in the second half we tried to up it and as the game went on, they got tired, we upped it and our attacking play was too much for them.”

Wilshere was recently omitted from Gareth Southgate’s England set-up after sustaining a minor knock before the Three Lions‘ first friendly encounter with the Netherlands, a set-back which could have hampered his chances of making the plane to the 2018 World Cup in Russia.

The 26-year-old midfielder is undoubtedly one of the country’s most creative and tenacious options in the centre of the park and is a huge asset to both his club and the national fold when he’s fully fit.

Skippering Arsenal is a privilege and measure of his influence withing the dressing room, however if Arsene Wenger’s corps are to ultimately progress in their search for supremacy in Europe, Wilshere and his teammates will need to sing from the same page in the same key, as the Krasno-sinie are not likely to collapse without a whimper.