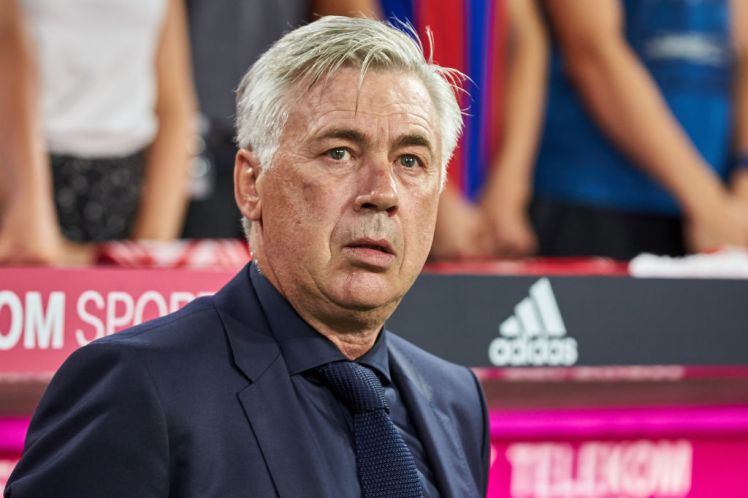 It’s thought that Carlo Ancelotti had travelled to Rome on Tuesday to negotiate terms with the Italy fold in order to become the ‘Azzurri’s’ next permanent boss, however according to a report published by Sky Sport 24, Alessandro Costacurta – a representative of the national team – confirmed that the nature of his visit to his homeland isn’t strictly of that particular business.

Arsene Wenger recently announced that he will be leaving his managerial post at Arsenal at the end of the 2017-18 campaign, and after 22 illustrious years in charge of the club’s personnel, the Gunners are supposedly lining up a roster of sufficient successors, and Ancelotti is allegedly amongst the extensive shortlist.

The Italy set-up has been guided by interim coach Luigi Di Biagio since February and as well as Ancelotti’s somewhat tenuous links with the imminent vacancy at the north-Londoners, the 58-year-old has also been touted to take charge of his country’s faltering squad.

The former Chelsea, Real Madrid and Bayern Munich boss partook in discussions with Italian Football Federation commissioner Roberto Fabbricini and Costacurta at a hotel in Italy’s capital, although Costacurta disclosed that the meeting with Ancelotti was purely coincidental, as the unemployed manager was merely in town for ‘personal’ matters.

Costacurta revealed: “We respect the rules. We talked about something else with Ancelotti,

“Carlo was in Rome for personal reasons. The chosen hotel was the one where I always stay and we met there. We haven’t talked about the Azzurri bench, we only joked about the opportunity. We couldn’t talk about the programme and the financial side.

“Since we’re loyal to the rules, we talked about something else. It’s true there’s a vision in which we can see Carlo, like others, on the national team’s bench, but the rules are important and we must follow them.

“We need people to make themselves available. We can’t get close to coaches under contract.

“There will be a meeting. I confirm the date of May 20 to choose the national team coach.”