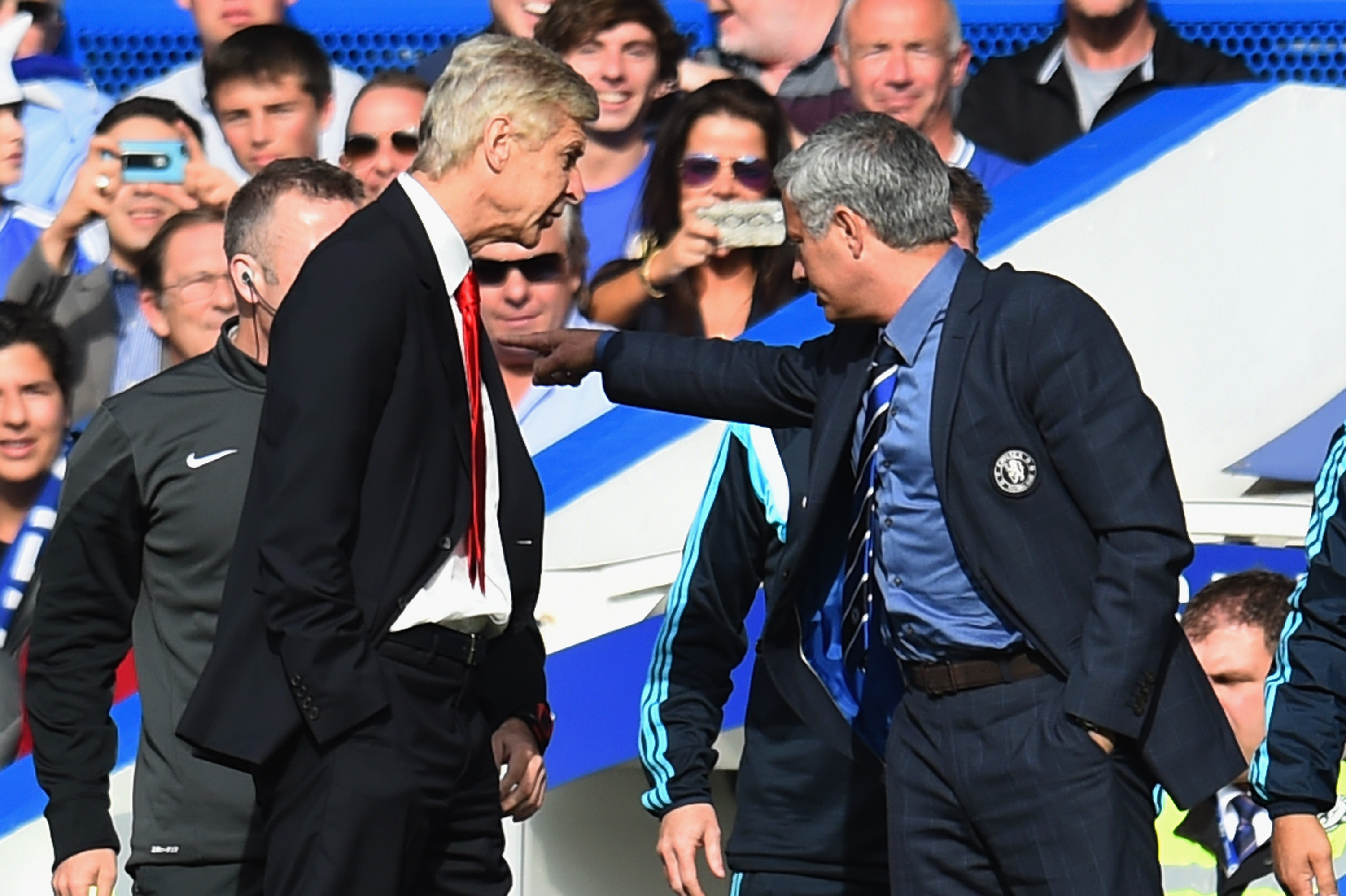 In years gone by in the English top-flight, Jose Mourinho and Arsene Wenger have engaged in numerous feuds and spats on the touchline and in the press, although the ‘Special One’, despite once referring to Arsenal’s magnanimous French boss as a ‘specialist in failure’, insists that he has nothing but ‘respect’ for his fierce domestic adversary and even labelled the Frenchman as a ‘champion.’

Wenger recently announced that he is due to step down from the managerial position at Arsenal in the summer, and after 22 years in the club’s hot seat, Mourinho – speaking to Sky Sports (via Daily Star) – paid homage to ‘Le Prof’ and his legacy, but with United preparing to battle the Gunners on Saturday, glaring charm offensives subtly linger behind the Portuguese commander’s glowing amelioration.

“If he respects me 50 per cent of what I respect him then we can be friends in the future, because I have lots of respect for him.” he said.

“But this is the reality he was at Arsenal he was the champion.

“I came to the country in 2004 I wanted to steal his title, that’s football.

“But in the end I respect him a lot, I try to show that in the past couple of years where no more problems.

“So, I feel sorry that after Sir Alex, and Sir Alex it was his decision to leave, but after him the next one the next big one the next iconic one is leaving the Premier League.”

Before Wenger and Mourinho take to the technical area against one another for what could be the last time, the north-Londoners face Atletico Madrid in the Europa League semi-final first-leg on Thursday at the Emirates, an imposing encounter which will undoubtedly equip Arsenal with the steely mentality required for the onerous challenge awaiting them at Old Trafford.