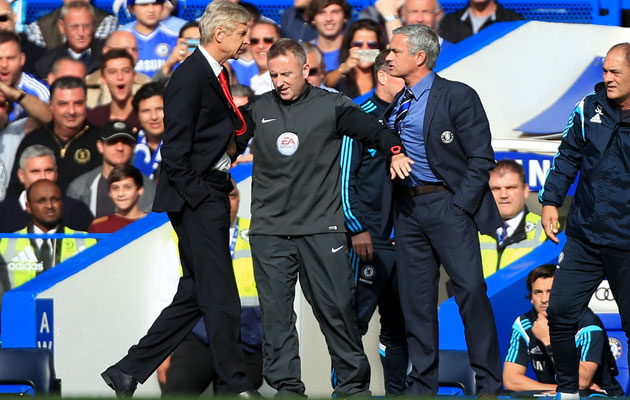 Manchester United boss Jose Mourinho has admitted that it would be virtually ‘impossible’ to emulate Arsene Wenger’s illustrious legacy at Arsenal, as the modern game harbours far too many pressures which causes greater scrutiny upon a manager’s performance and prosperity.

After spending 22 remarkable years in charge of Arsenal, Arsene Wenger is set to leave the north-Londoners’ technical area in the summer, sounding an end of an which has spanned over two decades, with many a young ‘Gooner’ in the terraces only being accustom to the philosophy ‘Le Prof’ orchestrates at the club on a weekly basis.

Mourinho and Wenger will eyeball one another presumably for the last time in the Premier League at Old Trafford on Sunday afternoon and the ‘Special One’, who has fought many a feud with the Frenchman over the years, insists that ‘success’ is fundamentally paramount to achieving longevity.

“I would see myself doing it but the new concept of media, social media, the pundit industry, the way people can express and influence opinion, it is too much pressure – not just for the manager – but also for the club,” Mourinho expressed to the media (via Daily Post).

“It is impossible for someone to resist for a long time, especially without any kind of success.

“To stay a manager, to have four or five years to try to get a trophy and to improve the team, I don’t think you allow that any more.”

With his longest stint at a club coming at Chelsea in his first spell, which lasted 3 years and 3 months, Mourinho does, however, have his sights set on exceeding the initial time span he spent in the dugout at Stamford Bridge at his current employers.

“At other clubs, I was already thinking ‘what next?”’ He proceeded.

“I had things I really wanted to do – I had to go to Italy, I had to go to Spain. At this moment, there isn’t anything around the corner and I don’t want to do anything different to what I am doing now.”