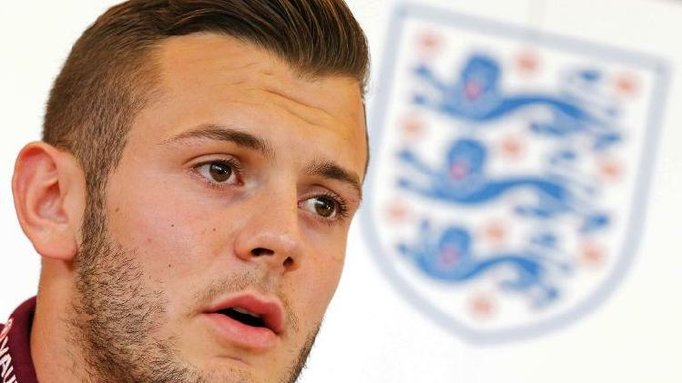 Jack Wilshere is ‘hopeful’ that he and Arsenal can agree upon renewed contractual terms to ensure that his influential services in the centre of the park remain at the Emirates for the foreseeable future.

The 26-year-old’s current deal is due to expire at the end of the 2017-18 campaign and it’s believed that Everton, who are keen to usher in a new chapter in the club’s rich history, are willing to approach the ingenious midfielder if he opts to walk away from the Gunners.

But, being a graduate of the club’s academy set-up, Wilshere has no intention of packing his bags for pastures new and insists that negotiations are still ongoing, with a suitable proposal surely close to being finalised between the two parties involved.

“We are still in the same position really. Not much has changed. We are still talking.” The England playmaker conveyed to Sky Sports‘ Soccer Saturday.

“Obviously the boss has left which has changed things a little bit because I don’t know who is going to be the manager next year and that can change things.

“But we are still talking and I am hopeful and the club is hopeful we can get something done.”

Rested for Arsenal’s 2-1 defeat against Manchester United on Sunday in the Premier League, it’s thought that Wilshere will return to the starting fold for the Europa League semi-final second leg against Atletico Madrid at the Wanda Metropolitano, a vital encounter following a hotly contested 1-1 draw in the first leg.

Given the nature and magnitude of Arsenal’s remaining fixtures both domestically and in Europe, Wilshere admits that though he desires a swift resolution, he hasn’t given himself the opportunity to dwell upon the pressing issue which could see him ply his trade elsewhere next season.

“To be honest with you, I haven’t really thought about [moving somewhere else]. I have said before that is where I want to be and I have not really had much time to think about moving clubs.” He added.

“I am concentrating on games and obviously the boss left so it has been a bad couple of months to be honest.”