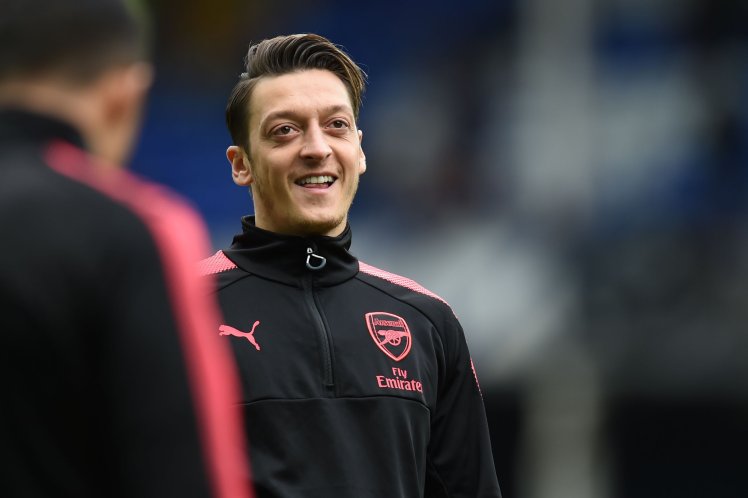 So, it’s official, Arsenal unveiled former Paris Saint-Germain boss Unai Emery as their new commander and chief in readiness for the 2018-19 campaign and the newly instated Spaniard, who’s ‘excited’ to be part of the club’s history, has lauded one Gunners player in particular, the German metronome that is Mesut Ozil, of course.

Emery inherited an Arsenal fold which floundered somewhat last term under Arsene Wenger, however the experienced tactician is adamant that he has enough quality within his armoury and Ozil, a playmaker who has been hit with a stinging barrage of criticism recently, is one of the north-Londoners’ ‘biggest talents’.

The 29-year-old has been accused of lacking desire and enthusiasm when it matters, particularly in the Europa League semi-final against Atletico Madrid, a two-legged encounter where ‘der Rabe’ drastically failed to flex his ingenious dexterity on the ball.

But, as Ozil is ultimately a high-profile protagonist of the world game capable of threading assists through the eye of a needle on his day, Emery conveyed to the media (via Metro):

“He’s one of biggest talents here at Arsenal and I want talented players here.

“I want to spend time here with him and all players. I want to speak to them about how inspired and excited I am to be here.”

Emery, 46, has contributed to many earth-shattering ventures during his managerial career, especially at La Liga outfit Sevilla FC, a club which he steered towards three consecutive Europa League triumphs, a feat which is a strong barometer of his hunger for success and influence upon a set-up.

Enthused by the challenges which lay before him at the Emirates and the Premier League, Emery proceeded to jubilantly state as a sign of sheer intent:

“Above all I think this is a wonderful project and we all must give 100 per cent – I expect that from players and myself.”