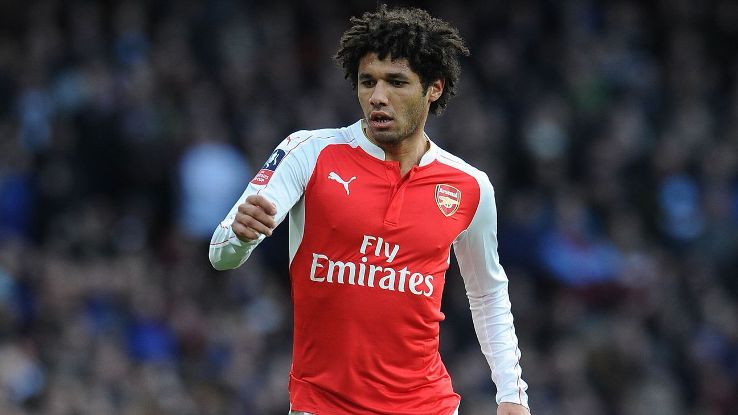 After 28 gruelling years of failure, hurt and despair, Egypt will compete in the 2018 World Cup in Russia, an honour and a privilege which Arsenal’s Mohamed Elneny is ‘proud’ to be part of, a ‘dream’ that will grip the African nation with an unwavering football fever.

Elneny was an integral cog in the Pharaohs’ history-making qualification campaign and is likely to feature against Uruguay on June 15th, their opening Group A fixture at Central Stadium in Yekaterinburg which is sure to offer the planet a wholesome battle on the game’s biggest stage.

A fantasy come true for the 25-year-old midfield component, who jubilantly told the Gunners’ official website:

“The night before the Congo game, I was dreaming all night,

“I was dreaming about the referee’s whistle and being in the World Cup. I think this was a dream for everybody in Egypt.

“When we were awarded a penalty, everyone was so happy. It was almost as if we’d qualified already but of course it’s a 50/50. At the same time, everybody was celebrating already but we hadn’t scored yet.

“When we did score and we’d won the game and I knew that we’d made it, then we could celebrate. I felt something that I’ve never experienced before. It was pure happiness. After all the hard work, we’d made that dream finally come true.

“In Egypt, football affects so many people,”

Evidently the sheer delight of being included in this summer’s World Cup is felt across the country, a success which will seemingly unify every Egyptian, regardless of background, wealth and stature.

“We’re told all the time that the relationship between the people and football affects our economy and our overall mood. It affects every household, rich and poor.” He added.

“When the national team wins, everyone is happy and productive, but when we lose the opposite happens. At the moment the mood is great and looking back on it all, I have to say that I’m delighted and proud to have qualified for the World Cup, and also of everything we’ve achieved so far.”