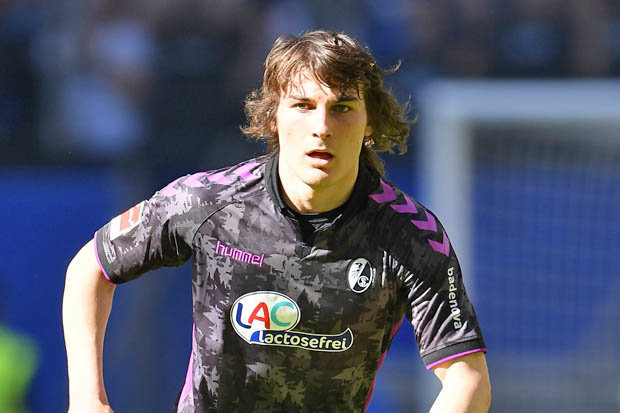 SC Freiburg’s Turkish defender Caglar Soyuncu is aware that Arsenal are supposedly ‘interested’ in acquiring his services in the summer, although it’s also apparent that no solid contact has been made regarding a potential switch to the north-Londoners to date between the two parties.

Sven Mislintat, the Gunners’ head of recruitment, is allegedly monitoring the flourishing centre-back’s development at the Bundesliga outfit, and as Soyuncu is one of the modern game’s most promising youngsters, it’s believed that a figure of €40m will have to be met if Arsenal are to prise him away from his German employers.

Soyuncu, 22, is currently on international duty with Ay-Yıldızlılar, and whilst speaking to the media – via Calciomercato – the rising defensive anchor revealed:

“Arsenal are one of the most important clubs in England.

“I know they’re interested in me, but there’s nothing finalised yet about my transfer.

“After the national team camp we’ll have talks.”

Soyuncu’s agent, Mustafa Dogru, initially left the door for a possible summer switch ajar last month after insisting that his client was ‘ready’ for a fresh new challenge in the Premier League, a teasing statement which would have caught Arsenal’s attention amongst others, presumably.