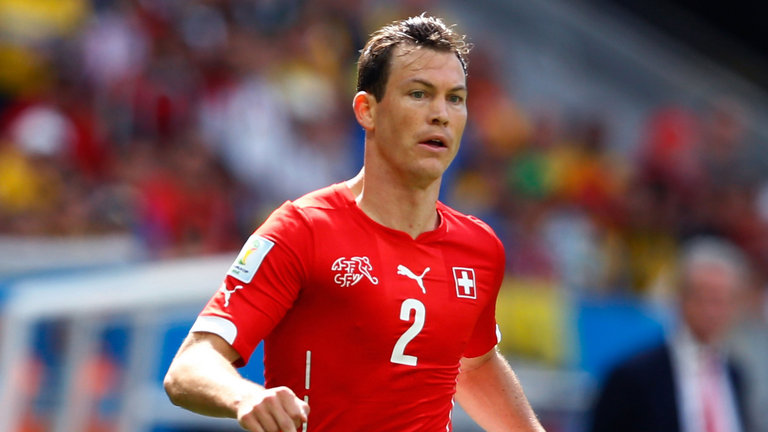 Arsenal unveiled their first summer signing in the shape of Stephan Lichtsteiner on Tuesday afternoon and it’s since become clear that the 34-year-old right-back is determined to ‘make big things’ happen at his new employers in the coming seasons.

Joining from monopolising Serie A powerhouse Juventus on a free transfer, the Switzerland captain understands how to perform and win silverware at the highest level and is confident that the Gunners, who have failed to qualify for the Champions League for two seasons, have the necessary blueprints to return to the pinnacle of the modern game at club level.

Speaking to the club’s official website upon his arrival in north-London, Lichtsteiner openly expressed his aspirations for the ‘challenge’ ahead whilst conveying his admiration for the club’s recently appointed head coach, Unai Emery, who is also a serial winner.

“It’s a great moment. It’s great for me after Juventus to come to Arsenal and have this big challenge to make big things [happen] with this big club.” He said.

“I’ve never played against Arsenal, but of course there was the big era of Wenger. He won a lot of titles with Arsenal and [made them] a big team. Now it’s a new moment. Wenger went and now everything is a bit new, so it’s a big challenge.”

Emery, during his glittering stint with La Liga outfit Sevilla FC, shepherded the club towards 3 consecutive Europa League triumphs, an earth-shattering feat that highlights the Spaniard’s innovative, sustainable credentials in the technical area.

When asked of his opinion of the 46-year-old commander, Lichtsteiner proceeded to laud the former Paris Saint-Germain manager’s hunger for perfection, and even suggested that despite his age, he still supposedly has the capacity to ‘learn’ and develop within his department.

He’s a very good coach who’s won a lot of titles, especially the Europa League that we play in this year. He’s a coach who knows what he wants and a coach who also progresses the players, and also old players like me. You never stop learning and this is very important. I’m really positive that we will do great things.” He added.