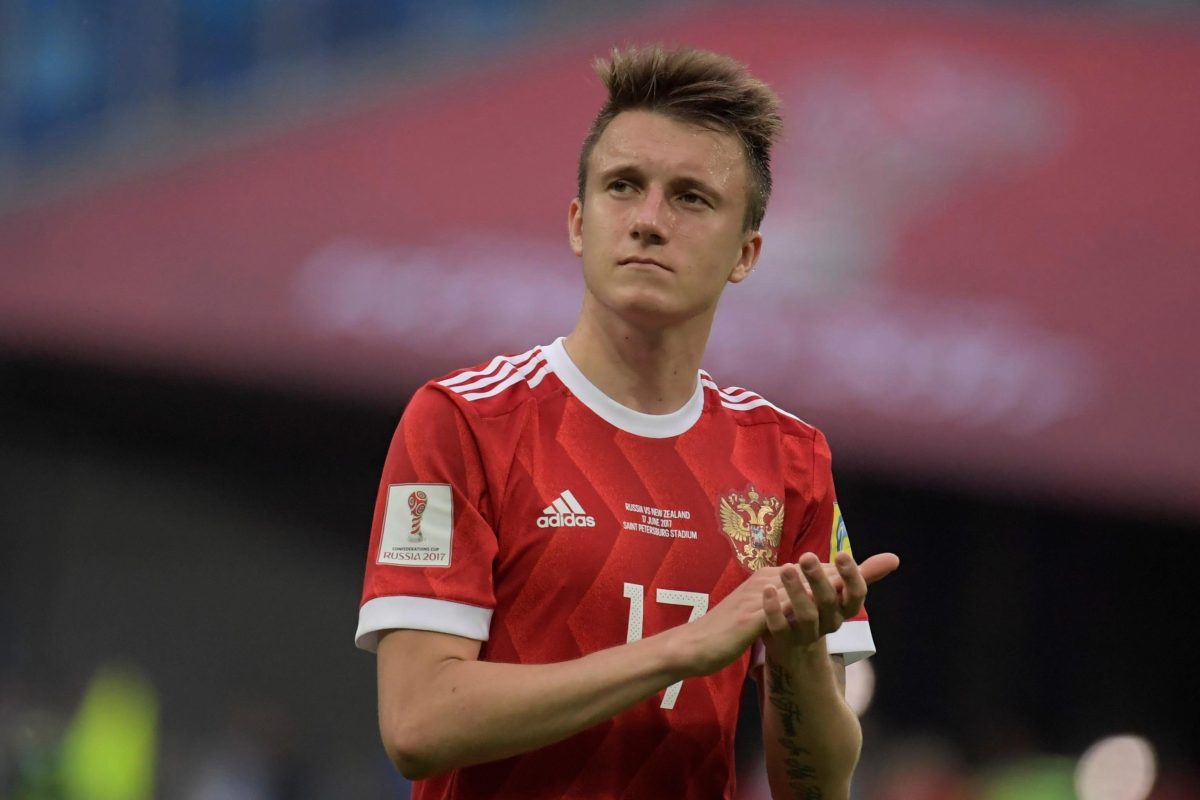 AS Monaco vice-president Vadim Vasilyev insists that the Ligue 1 outfit have made the first move in the hunt for CSKA Moscow’s Aleksandr Golovin, who is also supposedly on Arsenal and Chelsea’s summer transfer radar after widely impressing at the 2018 World Cup.

The 22-year-old confidently exhibited his creative flare in his homeland on the planet’s biggest stage, warranting a vast amount of notable interest from various superpowers of the modern game, although it’s seemingly Les Monégasques that hold the upper hand over their supposed Premier League counterparts.

Speaking to Russian outlet Sport-Express – via Daily Star – Vasilyev revealed that Monaco have lodged an exceedingly ‘generous’ bid in order to secure the flourishing midfielder’s signature before the likes of the Gunners and the Blues get the chance to dig their claws into the pressing matter.

“It’s a more than generous offer,” he said.

“I cannot say the amount of the transfer, but it is very worthy. The contract length offered is five years.

“I think that a club in transition like Monaco is the best option for him, at this stage in his career.

“To go immediately from Russia to a top club in the leading European league is very risky.

“We are able to launch the career of young players. It is enough to look at Kylian Mbappe.

“Everything should be decided in the coming days, maybe even today. We cannot wait long. If it does not come off, we will look to another option.”

Golovin’s proficiency in the final third saw him dispatch a pin-point free-kick to wrap up a 5-0 rout of Saudi Arabia in the opening fixture of the World Cup tournament.

A vibrant product of his current employer’s youth set-up, Golovin’s standing contract at the Russian Premier League side is due to expire at the end of the 2020/21 campaign, and as the developing marksman is undoubtedly hot property, Koni could possibly be tempted to cash in on the club asset, if a proposed bid was sufficient enough, of course.

Unai Emery is driven to craft a dynasty of his own at the Emirates and has wasted no time in recruiting relevant personnel and Golovin, who has indeed showcased his credentials, would undoubtedly slot seamlessly into the Spaniard’s industrious philosophy.

A swift, tireless individual both with and without the ball, the rising star would undoubtedly complement the north-Londoners’ calculated spells of possession, whilst aiding the club’s fluent counter attacks to devastating effect with his intelligent, piercing movement.