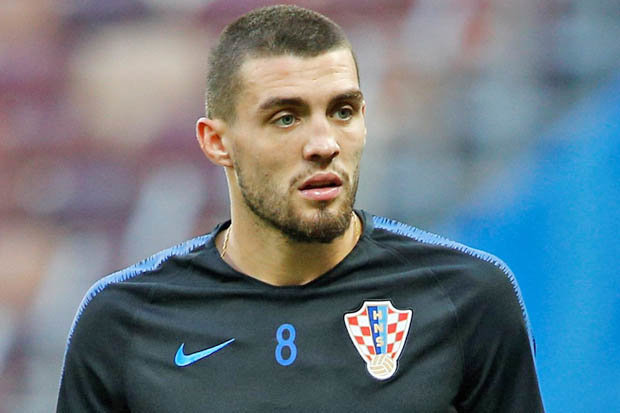 A report published by Daily Star suggests that Arsenal are tailing Real Madrid’s £45m-rated Croatian midfielder Mateo Kovacic, who’s is allegedly hungry to leave the Santiago Bernabeu in the summer in order to locate undisputed first-team football next season after flourishing at the 2018 World Cup in Russia.

Kovacic, alongside Los Blancos teammate Luka Modric and FC Barcelona’s Ivan Rakitic, shepherded his nation to the World Cup Final against the odds, and though he and his compatriots were beaten 4-2 by a gallant France in Moscow, the 24-year-old exhibited his studied abilities effortlessly throughout the tournament.

Joining the Galacticos in 2015 from Serie A giants Inter Milan, Kovacic’s game time at his current employers has been greatly restricted and it’s believed that the overlooked distributor has made it clear to Real’s new boss, Julen Lopetgeui, that he intends to depart the club before the start of the 2018-19 La Liga campaign.

Arsenal have already snapped up one rising star as a result of their spirited performances in Russia, with Uruguayan enforcer Lucas Torreira – formally of UC Sampdoria – joining the Gunners as part of Unai Emery’s extensive revolutionary program at the Emirates.

The engine room at the north-Londoners is integral as it acts as the catalyst in the squad’s offensive and defensive endeavours and Kovacic, being a tireless, industrious protagonist, would compliment the club’s fundamental strategic blueprints whilst making the middle of the park an impenetrable fortress.

Emery, if he is indeed monitoring Kovacic’s availability, will have supposedly to fend off fellow Premier League counterparts Chelsea, Manchester United and Manchester City if he’s to secure the LASK Youth product’s wantaway signature.