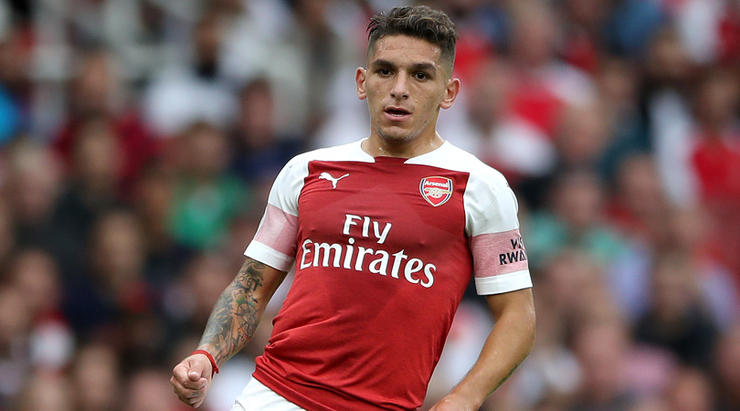 Lucas Torreira should start against Chelsea at Stamford Bridge in place of Matteo Guendouzi as the dogged Uruguayan international will patrol the centre of the park relentlessly for the Gunners and act as platform for the likes of Aaron Ramsey and Mesut Ozil to flex their creative dexterity, whilst disrupting Jorginho and N’Golo Kante’s freedom and fluidity in possession.

Named alongside Granit Xhaka in Unai Emery’s starting XI against Manchester City last weekend, Guendouzi, 19, began proceedings with an apparent air of caution and was smothered in the centre of the park, but after gradually adapting to the intensity of the encounter midway through the first 45 minutes, the fledgling Frenchman was a relatively productive catalyst both defensively and offensively, despite an apparent lack of discipline and rationality in certain – near catastrophic – phases of the testing tie.

Xhaka, who picked up a yellow card as a result his robust exploits, was replaced by Torreira with 20 minutes of normal time left to endure, and as the north-Londoners were indeed 2-0 down at this point, the midfield contingent would need solidifying if Ozil and company were to carve out threatening instances in the final third for Alexandre Lacazette and Pierre-Emerick Aubameyang to feed from without being compromised.

The planet was introduced to Torreira’s hardened ethic due to his accomplished performances at the 2018 World Cup and Arsenal’s faithful, who were anticipating an inexhaustible enforcer, weren’t dismayed with the 22-year-old’s resolute escapades in his brief cameo at the Emirates, a hungry presence in the middle of the park that plugged gaps, distributed efficiently, and shepherded across the back four persistently.

As it’s widely known, Chelsea’s midfield is laden with energy, vision and authority, and once Jorginho and Kante gel into a formidable unit as the weeks progress, the Blues will become a frustratingly compact, vigilant and stubborn pack to whittle down, especially through the heart of the set-up, where they’ll forge an impenetrable connection and understanding.

Chelsea swept aside Huddersfield Town 3-0 at the Kirklees Stadium on the opening day, with Kante and Jorginho both on the score sheet to ensure that the south-west Londoners went into the break with a commanding 2-goal cushion. The resistant duo pressed and probed throughout proceedings and were a constant thorn in the Terriers’ side and if a club, namely Arsenal, are to thwart Chelsea’s advancements, they’ll certainly have to deploy an unflappable anchorman of their own in order to restore parity in the midfield.

Torreira has an innate awareness of his fundamental responsibilities. Dominating the game is ingrained into Arsenal’s DNA and the former UC Sampdoria protagonist is tailor-made for his new employers’ calculative philosophy, and under his proficient influence, the diminutive craftsman effectively pumps the ball to his awaiting teammates, be it conservatively or avidly, to maintain or instil a convincing, studied cohesion.

Ultimately, Torreira brings a bespoke dimension to Arsenal’s midfield, a brawny skill set which has arguably been absent since the days of Gilberto Silva, and if Arsenal are to truly trouble Maurizio Sarri’s prosperous double act, the driven South American has to be gifted the freedom to hustle, construct and conclusively terrorise from the very first whistle in this evening’s captivating Premier League clash.