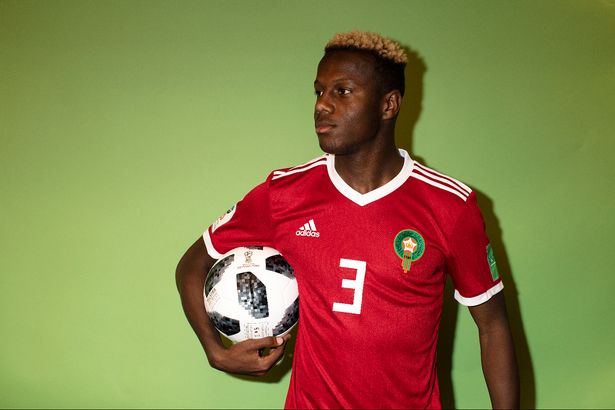 As per a report published by Goal, Arsenal were supposedly on the cusp of snagging new FC Schalke 04 recruit Hamza Mendyl, however a proposed switch to the Emirates was allegedly halted due to work permit issues, an unfortunate circumstance for the Gunners which ultimately handed the Bundesliga outfit the upper hand in the hunt for his signature.

Mendyl was a member of Morocco’s 2018 World Cup fold and joined Schalke over the weekend from Ligue 1 side Lille OSC, although Die Königsblauen’s sporting director, Christian Heidel, believes that fundamental problems with the paperwork impeded the left-back’s anticipated move to north-London, which was indeed said to be impending.

When asked about the troublesome permit debacle, Heidel openly revealed to the media: “I think otherwise he would have gone to Arsenal,”

The 20-year-old full-back featured 13 times for Lille domestically last season and is ecstatic with the prospect of forcing his way into Domenico Tedesco’s set-up, a resurgent collective that will indeed feature in this year’s Champions League tournament after finishing 2nd behind Bayern Munich in the previous campaign.

“I am very happy to have signed a contract with such a big club,” he gleefully expressed.

“With Domenico Tedesco, I encounter a coach known for improving players. He proved that impressively last year. I too would like to develop further under him and help Schalke 04 play a good role in all three competitions [Bundesliga, DFB Pokal and Champions League].”