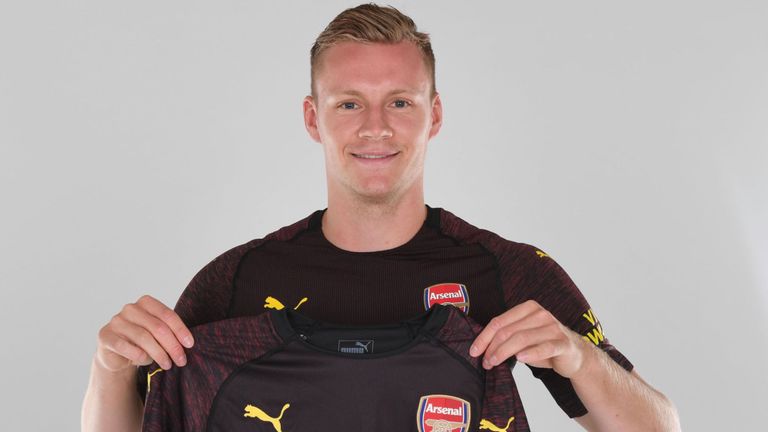 Having joined Arsenal from Bundesliga outfit Bayer Leverkusen for a reported £19m, Bernd Leno has played second fiddle to veteran goalkeeper Petr Cech since the start of the 2018-19 Premier League campaign, but as competition and confidence is integral to a player’s development, Shkodran Mustafi has lauded the ‘brilliant’ summer signing’s abundant, yet seemingly overlooked ability between the sticks.

Mustafi and Leno were both omitted from Germany’s 2018 World Cup squad and both have striking points to prove at club level under their new boss Unai Emery, who’s currently striving to pinpoint his strongest starting XI after taking the reins in the technical area from Arsene Wenger in May.

With Cech on the Spanish tactician’s team sheet, the Gunners are currently 17th in the domestic standings after two consecutive defeats at the hands of Manchester City and Chelsea, and if the former Blues keeper continues to flounder in the 18-yard box, his younger understudy could banish him from the ex-Paris Saint-Germain boss’ extensive plans for the remainder of the campaign.

Leno would grab the opportunity to claim supremacy with both hands if his 36-year-old teammate was to be dropped from the weekly fold and Mustafi – speaking to the media (via Goal) – believes that the aspiring No.1 has all the necessary credentials to succeed in the English top-flight as the north-Londoners’ undisputed stopper.

“I know Bernd very well because we played together since the Under-15s German team, so I have known him for a long time,” he said.

“He is a brilliant goalkeeper. He has everything a modern keeper needs: good feet, good hands and he has personality.”

Emery will be plotting tirelessly to formulate a victorious composition within his faltering set-up ahead of the club’s next top-flight encounter against West Ham United at the Emirates, and as every member of the camp is presumably eager to stamp their mark upon their new manager’s innovative blueprints, Mustafi understands that his own standards have to be amplified if he’s going to stand out from the crowd in his respective defensive department.

“Competition is something that brings you to the next level, because if you have no competition and you know you are starting week in, week out, it takes a little bit of the quality [away],” the centre-half added.

“When you know you have someone standing on your toes, you are going to try and be better and better every week.”