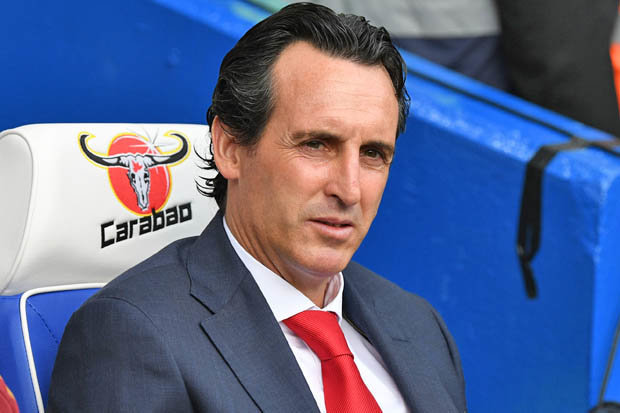 Friday’s Europa League draw comprises 48 teams and Arsenal will finally know who they’ll face in the competition’s group stage, and as they fell agonisingly short of the mark in last year’s campaign against the eventual victors Atletico Madrid, the regenerated north-Londoners will be scheming to right a catalogue of wrongs over the coming months as they strive to achieve relative greatness in Europe for the first time in the club’s illustrious history.

In 22 years in the club’s technical area, Arsene Wenger excelled on a number of renowned platforms but supremacy in the Champions League disparagingly dodged his abundant trophy haul, and though the Europa League isn’t necessarily the continent’s most prestigious accolade, ‘Le Prof’s’ successor, Unai Emery, could endear himself to the Gunners’ ardent faithful with a fruitful drive for supremacy in the imminent campaign.

Arsenal are pining for a return to the Champions League having floundered in the Premier League for two seasons running. Initially under Wenger’s studied command, the club was a perennial participant and even made it to the final in 2006, but the latter stages of the Frenchman’s lengthy tenure saw his once indomitable set-up falter domestically, inadequacies that ultimately sacrificed their top four status in the English top-flight, meaning that the right to compete at the highest level of the club scene was no longer a reserved privilege.

Since taking the reins in May, Emery has transformed the Gunners into a tenacious pack of dogged warriors with a fresh, attainable incentive to make the club a formidable force on the turf once more. Although despite his menacing tactical blueprints, the Spaniard’s competitive start to life at the Emirates has been marred by two frustrating losses against Manchester City and Chelsea, damning defeats that fundamentally signified that his set-up still has to adapt, gel and solidify before they can be recognised as a domineering, cutthroat system.

Arsenal’s third Premier League meeting did bring reward, however. West Ham United travelled across the capital to lock horns with Emery’s contingent in what was billed as a ‘six pointer’, given that both outfits were situated in the table’s basement before kick-off. Arsenal, after going 1-0 down, won the encounter 3-1 and picked up their first three points of the schedule, a victory that will undoubtedly pose as a substantial moral booster as the weeks and months progress and thicken.

Of course, Arsenal’s recent performances have brandished notable teething issues, but that hasn’t hindered the Gunners’ Europa League odds. As per SportBettingDime, Arsenal are 9/1 to win the Europa League title and are only shadowed by fellow Premier League counterparts Chelsea (7/1), who are indeed the early favourites to lift the trophy come May next year.

Emery is no stranger to the aroma of success in this particular competition, though, as the calculated tactician masterfully shepherded La Liga side Sevilla FC towards three consecutive Europa League titles between 2014 and 2016, a feat that has only been matched – or indeed surpassed – by Real Madrid, who have remarkably clasped the Champions League trophy for three years straight, having slayed Liverpool 2-1 earlier this year.

There’s a golden formula to winning major gongs and Emery evidently harbours a practised methodology. Arsenal have showcased glimmers of the 46-year-old’s revered vision thus far and it’s anticipated that his resurgent fold will flourish into a proficiently cohesive machine with a devastatingly unified mentality, a hardened ethic that will see the sleeping giant rise from the depths to punish the inferior once more.

But as the modern game develops, ideologies adapt to the sport’s rigorous requirements and expectations, so Emery and his men will understand that they’ll have to battle, toil and strain through every given encounter, especially in the Europa League, where they’ll be pushed, prodded and probed by whoever they’re finally pitted against, as every seeded collective is ultimately vying to be credited amongst Europe’s elite superpowers in the not too distant future.