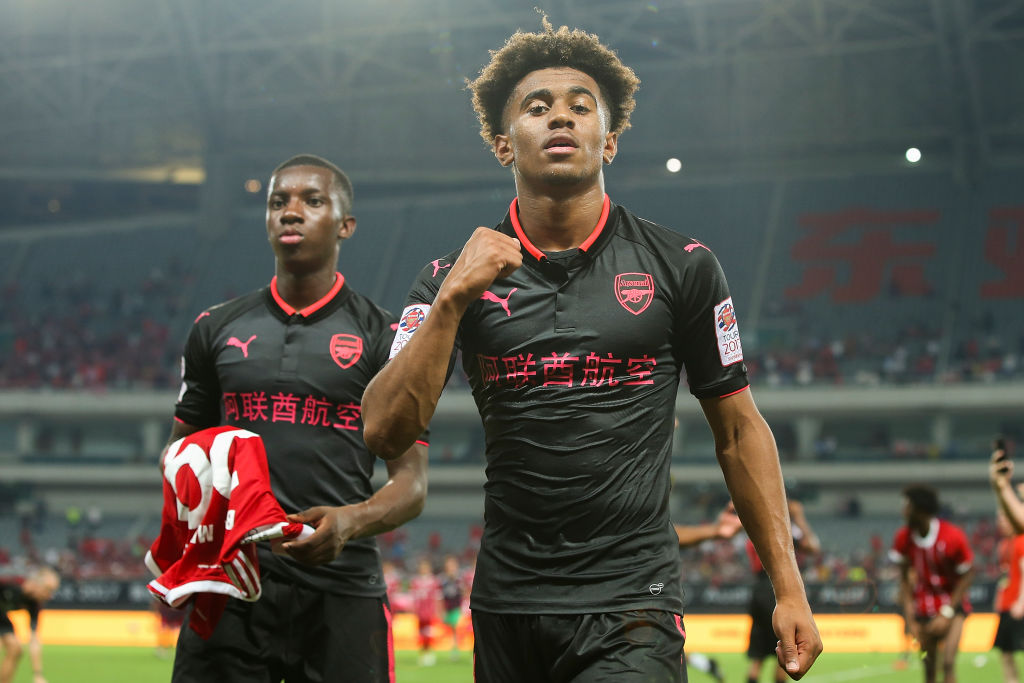 Arsenal’s vibrant youngster Reiss Nelson is vying to flourish at his loan club TSG 1899 Hoffenheim in order to take his budding career to new heights after netting a superb debut goal for the Bundesliga outfit on Saturday afternoon.

Joining Julian Nagelsmann’s set-up at the end of August on a temporary basis, Hoffenheim were 1-0 down and the 18-year-old attacking midfielder was introduced from the bench with just 18 minutes left to play against Fortuna Dusseldorf, in the hope that he’d make an instant impact.

With Fortuna camped in their 18-yard box, Nelson tamed the ball in the penalty area and darted into a prime position to dispatch an assured drive past Michael Rensing in the 86th minute, a ruthless strike that restored parity in the tie.

But, despite the ‘Young Lion’s’ explosive exploits, Die Flingeraner regained the lead just two minutes later and ultimately claimed a 2-1 victory. Although after showcasing what he’s capable of with his fleeting cameo, the fledgling Gunner is prepared to work hard and learn studiously at the Bundesliga side this term, presumably to better his chances of making the grade at the Emirates next season.

Speaking after Hoffenheim’s agonising defeat, Nelson openly expressed to the media: “I’m getting the experience under Julian, under new players, playing the game and getting new tactics from everyone involved,

“Hopefully then to push on to make the first team and show what I can do, score goals, create goals and just be a great player for the team.”

In recent seasons, many developing English starlets including Jadon Sancho, Ademola Lookman and Reece Oxford have ventured to the German top-flight to further their education. The Bundesliga is renowned for intelligent, calculative football, and if Nelson is to drastically progress at the Rhein-Neckar-Arena, Unai Emery will undoubtedly utilise his bespoke services on a regular basis in the Premier League for years to come.