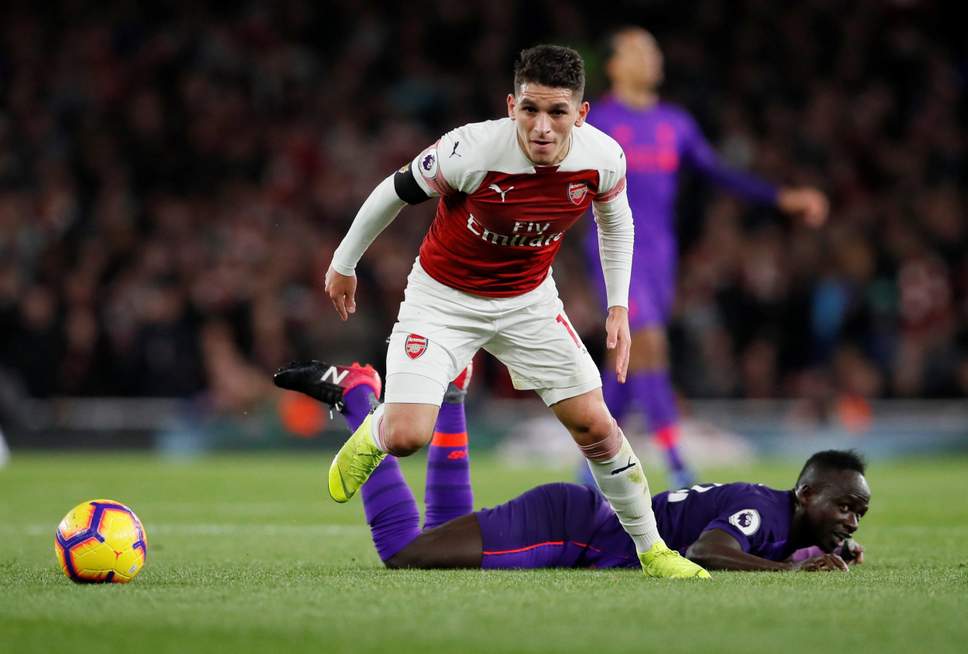 Ex-Tottenham Hotspur striker and BBC Pundit Garth Crooks has hailed Arsenal star Lucas Torreira as the ‘difference’ between the Gunners and his former employers.

Torreira has installed a tenacious streak into Unai Emery’s midfield department since joining Arsenal for a reported £26m from Serie A outfit UC Sampdoria and has been in inspired form, particularly against Spurs in the recent north-London derby.

The 22-year-old hustled and hounded Tottenham during Arsenal’s 4-2 victory, and even netted the tie’s defining goal to ensure that the bragging rights remained at the Emirates until further notice.

Arsenal clinched a slim 1-0 triumph over Huddersfield Town in their latest Premier League fixture to stretch their emphatic unbeaten run to 21 games in all competitions. Bolstering his reputation further amongst the club’s faithful, the dogged Uruguayan registered the winner with a sumptuous bicycle kick to relinquish the Terriers.

Crooks, writing in his BBC column, recalled an instance where he met with Arsenal supporter and Labour politician David Miliband, a meeting where he begrudgingly sang the South American enforcer’s praises.

“I had the pleasure of being in the company of David Miliband recently.” He mused.

“Sadly [I] was forced to spend some of the evening having to talk about Arsenal. He wanted to know about Lucas Torreira.

“I told the former foreign secretary that Torreira was the difference between Arsenal and Spurs in the recent derby.

“[He] has the drive and influence of an Emmanuel Petit.”

Crooks has previously made his staunch allegiance to the Lilywhites known in the public spectrum, but his envied flattery is almost certainly based on unbiased fact. Torreira is undoubtedly the most effective catalyst between the two conflicting camps.