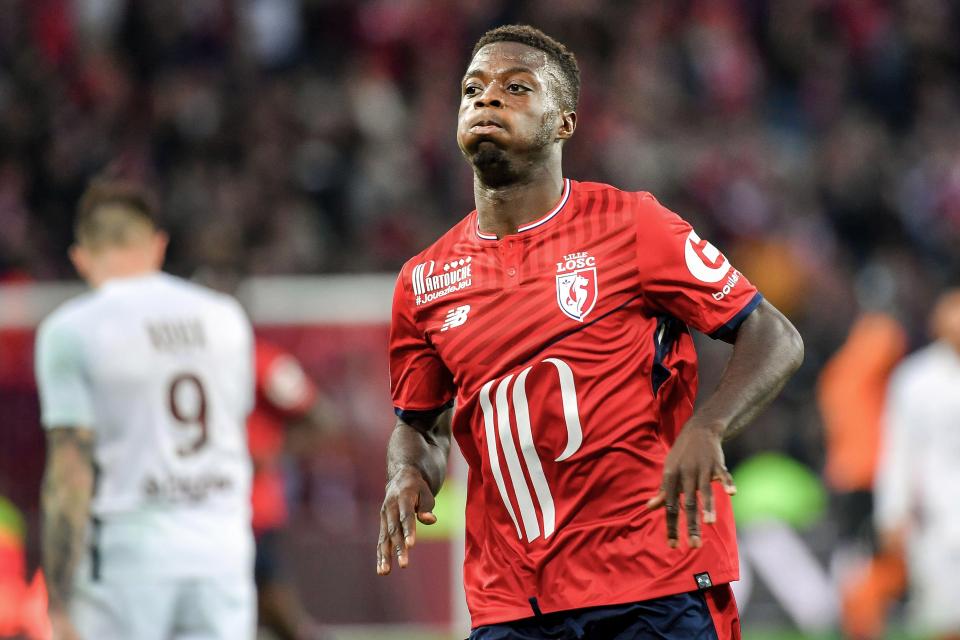 Arsenal are allegedly the front runners in the hunt for Lille OSC’s €50m-rated winger Nicolas Pepe, who’s been a shining light for Christophe Galtier’s Ligue 1 high-flyers during the 2018-19 campaign.

The Gunners and fierce local rivals Tottenham Hotspur are both said to be amongst the chasing pack for Pepe’s abundant services, although BeIn Sports correspondent Matt Spiro suggests that Unai Emery’s set-up hold a steely grip in the impending fracas for his signature.

Arsenal leading chase for Nicolas Pepe but lots of competition emerging. L’Equipe this morning suggest Lille will negotiate in January if a club opens bidding at €50m. But owner has previously stated he won’t sell mid season

Though Lille’s owner is seemingly reluctant to part ways with Pepe in the new year, a lofty figure could persuade Les Dogues to alter their dismissively stubborn stance.

The 23-year-old live wire has set the French top-flight alight this season and is indisputably worthy of his reputation as a productive threat along the right flank.

In 18 domestic outings, Pepe has notched 12 goals and has also provided 7 assists, a prolific record that makes him one of Europe’s most efficient attackers.

An Ivory Coast international, Pepe bears all the necessary hallmarks to succeed in north-London, if he was granted the opportunity to jump ship, that is.

Explosive, clinical, relentless, the former SCO Angers representative would slot seamlessly into Emery’s blueprints, and if he continues to blow his opponents out of the water on a weekly basis, it surely won’t be long until he’s based on the other side of the English Channel at the Emirates.