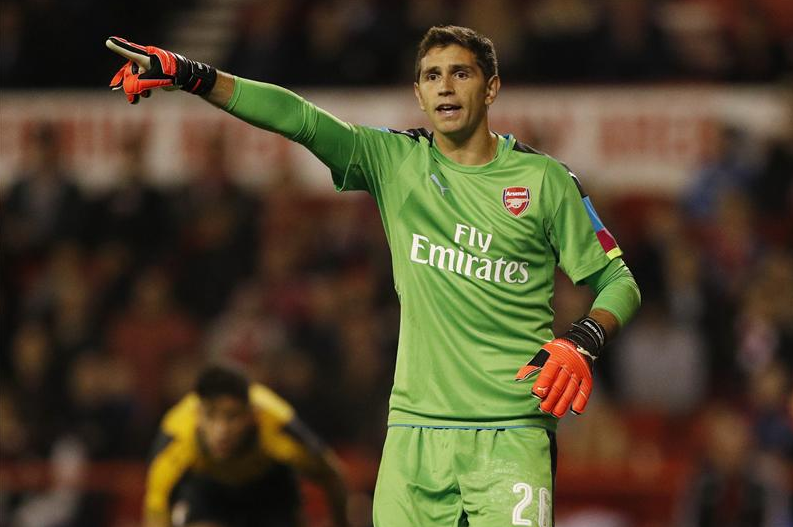 Ligue 1 side Stade Rennais FC have supposedly set their sights on Arsenal goalkeeper Emiliano Martinez, as they prepare for life without Tomas Koubek.

An assured goalmouth guardian, Koubek, 26, is allegedly primed to depart Rennes in the January transfer window, meaning that Julien Stéphan will need to recruit a suitable replacement for the Czech Republic international.

With Bernd Leno and Petr Cech to contend with in his department, Martinez’s matchday opportunities have been limited, and if the Argentine is to progress in his career as a reputable ‘keeper, a move away from the Emirates may be his only beneficial option.

Martinez has only featured once for the Gunners this season, a 1-0 Europa League triumph over Qarabag. But despite his lack of competitive game time, Yahoo Sport FR understands that Les Rouges et Noirs are indeed tailing the discarded 26-year-old deputy.

It’s thought that the north-Londoners will not deny Martinez an exit if it is to arise, and if Rennes can meet his current employer’s financial demands, the Arsenal youth graduate could find himself competing in the French top-flight very soon indeed.

To ensure that his set-up sufficiently retains its depth, though, Unai Emery may be influenced to scour the transfer market himself in order to locate another worthy understudy, if Martinez is swayed away from the Spaniard’s plans, that is.