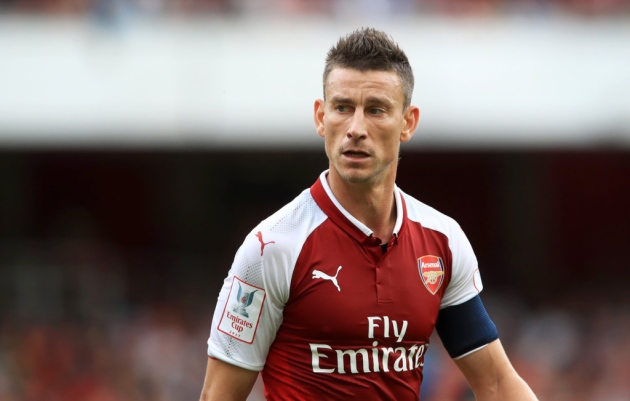 Koscielny, after returning from a serious Achilles injury, was swiftly drafted back into the Gunners’ matchday fold to ease the Spaniard’s selection conundrum during what was a congested festive schedule.

The north-Londoners’ defensive ranks are vastly depleted and even the betting sites with the best offers wouldn’t have been able to predict it. Rob Holding has been ruled out for the remainder of the season and Shkodran Mustafi, alongside Konstantinos Mavropanos, have only just returned to first-team training following their respective setbacks.

Arsenal travel to the London Stadium to take on the Hammers in Saturday’s 12:30pm kick-off, and a hesitant Emery expressed to the media (via Telegraph):

“He is training well and he is OK,

“We pushed him to play after his injuries because we needed him in some matches. It’s not easy for him to play three matches in one week.

“We pushed him and he was playing three matches during the week, but not ninety minutes each match.

“Little by little Koscielny is feeling better and he can play consistently in the next matches.

“Now, this week is perfect for everybody. We can use the players in the match on Saturday after a week of rest. The players have been recovering for this match.”

Featuring against Blackpool his club’s previous FA Cup outing, Koscielny, 33, is gradually acclimatising to the expectations of the English game once more.

If Arsenal claim a victory in Stratford, they’ll move level on points with Chelsea in the domestic standings, whilst slipping into the English top-flight’s top four.

The Irons have faltered in recent encounters, but on their day, Manuel Pellegrini’s men are capable of steamrolling their way through testing fixtures, so Emery will have to compose a squad that’s prepared to stunt their momentum, with Koscielny, or without.