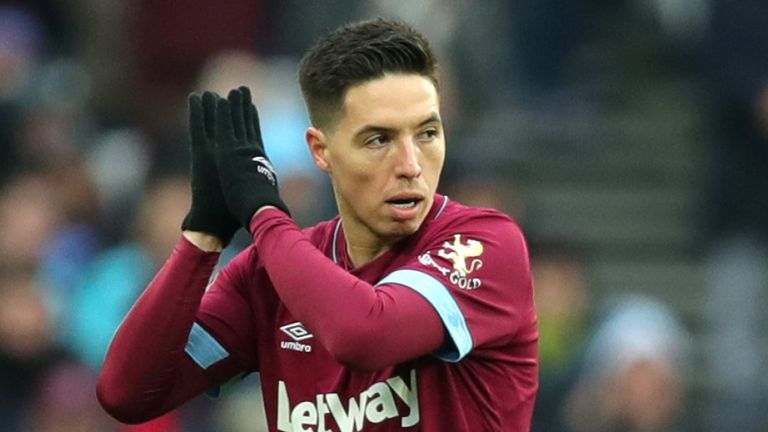 West Ham United’s latest recruit Samir Nasri insists that he has ‘nothing but love’ for Arsenal, despite his turbulent exit from the Emirates in 2011.

Having spent 3-years in north-London, Nasri jumped ship to Premier League adversaries Manchester City for £24m, although upon his departure, the temperamental Frenchman wielded a shallow dig at the Gunners’ fan base.

Nasri insinuated that City’s support were more ardent than Arsenal’s ‘Gooners’, but the 31-year-old hasn’t let his fractious relationship with the fans tarnish his underlying opinion of his former employers.

The Hammers host Arsenal at the London Stadium in the Premier League on Saturday lunch time and Nasri, Speaking to Sky Sports, openly expressed:

“I enjoyed it [his time at Arsenal] a lot because I had a manager there that really believed in me. It was like a second dad.

“When I look at it I’m happy about my three years there but disappointed at the same time because we had so much quality. It’s just a shame that we didn’t win any silverware with the players and the team we had, but I had good memories.

“Arsene Wenger made me have this mentality to score goals and to believe in my qualities. From the top of my head, there was this game against Fulham where I scored two really nice goals. We won 2-1 and at the end of this game we were top of the league.

“I’m looking forward to it [facing Arsenal] because it will hopefully be my first game back in the Premier League. I was in the squad against Brighton but I stayed on the bench so it would be nice.

“As well, in the past maybe we had some words with the Arsenal fans but like I said, there is nothing but love for the club because I spent three wonderful years there.

“Before I used to say things about Arsenal because I was hurt by the treatment from the fans but there is nothing but love for Arsenal.” 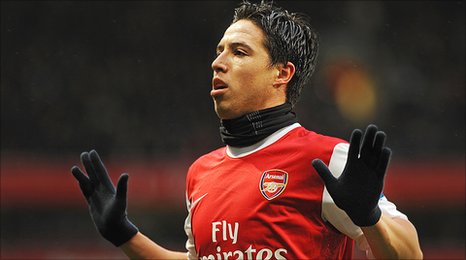 If Nasri is to feature against Unai Emery’s set-up, it will be his first Premier league outing since 2016. Joining Sevilla FC on loan, the attacking midfielder proceeded to join Turkish Super Lig outfit Antalyaspor in 2017 on a permanent basis, but controversy has blighted his once esteemed career.

Banned for 18 months for breaching anti-doping regulations, Nasri feared that his standing as a professional athlete was well and truly over, but the Irons offered him a lifeline after his lengthy suspension ran its course.

Ultimately, now that he’s back in the glitz and glamour of the English top-flight, Nasri is only focused on making his second chance as a footballer a success.

“One-hundred per cent [Nasri’s as good as he used to be]. If you don’t believe in yourself, who’s going to do it for you?” He added.

“I’m a guy who is confident and football is like riding a bike, forget about it. Once you know how to do it you will always do it. The only thing is to get my fitness back and that’s it, but my mindset is I want to prove something to myself.

“Prove that I’m back and I only lost one year of my career. I don’t want to have any regrets about it. I want to be able to say I was blessed, I was lucky to have a second chance and I did take it.”