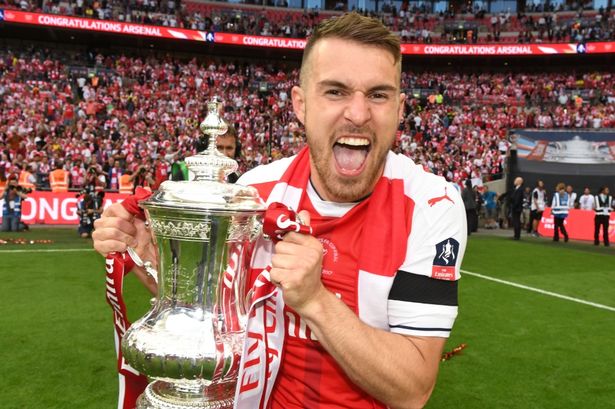 Having signed a pre-contract agreement with Serie A superpower Juventus, Arsenal’s Aaron Ramsey has allegedly penned a 4-year deal at the Allianz Stadium that entails an eye-watering pay packet.

The 28-year-old will join the Bianconeri for free in the summer once his current contract at the Gunners expires, and Sky Sports believes that the Wales international will earn a staggering weekly wage worth £400,000.

Ramsey had been locked in crunch conversations with the north-Londoners over a potential extension for several months, although the club supposedly retracted their initial offer in October 2018.

As negations fell stagnant, the former Cardiff City midfielder was handed the right to talk to vying suitors, with Juve being one of the many interested suitors that were monitoring the pressing situation surrounding his future at the Emirates.

‘Rambo’ will become the third Welsh player to don the Old Lady’s coveted strip. In previous decades, Ian Rush spent one season at the Stadio delle Alpi, whilst John Charles remained in Turin for 5 years during the late 50s and early 60s.