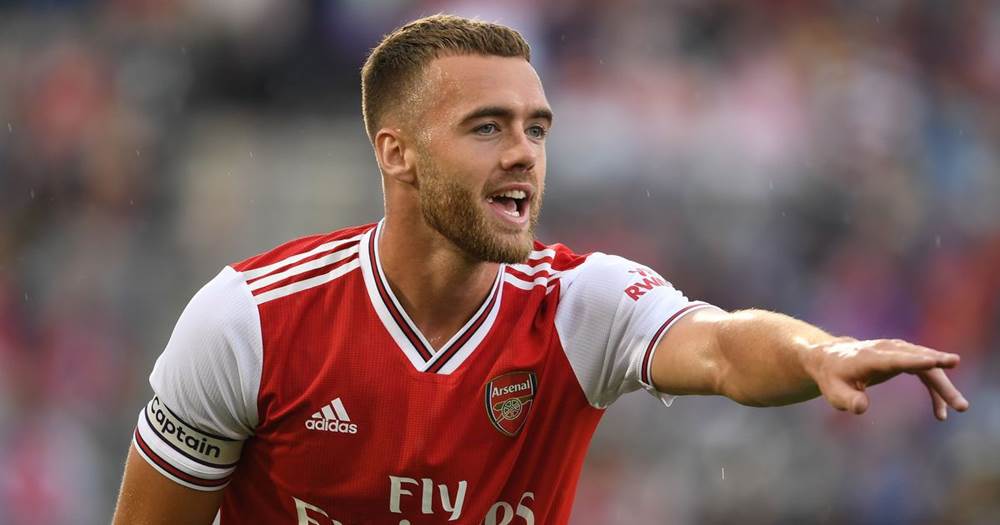 Arsenal defender Calum Chambers made a tremendous return to competitive action in the goalless draw against Liverpool last night.

The 26-year-old has been a squad player for the Gunners this season, and he has regularly been excluded from the matchday squad.

He was only on the bench for the Anfield game yesterday, but was called up after just 11 minutes after an injury for Cedric Soares.

Chambers made his first competitive appearance in over 11 weeks, but he showed no signs of rustiness for vast parts of the game.

The England man was sublime with his decision-making from the right-back role, managing eight clearances.

He also won seven ground and aerial duels against the Reds, three more than any other Gunners player.

In Takehiro Tomiyasu’s injury absence, manager Mikel Arteta has quite often resorted to Soares for the right-back role.

The Portugal international had a difficult outing against Nottingham Forest, where he was regularly caught out of possession.

Despite this, he got the nod over Chambers at right-back, which definitely surprised some Gunners fans.

Soares’ injury was a blessing in disguise for Chambers, who had the chance to prove his credentials with a top-class display.

His lack of pace has been a concern, but he is better defensively when he is up for it like yesterday. The Gunners were down to 10 men after just 24 minutes.

Chambers’ contract with the club expires in the summer, and the hierarchy could be better served keeping him over Soares.

Both players have been linked with exits this month. It would be a wise decision to offload Soares if they have to choose.

Chambers remains a quality back-up option, who can also slot in central defence or in the holding midfield role if required.