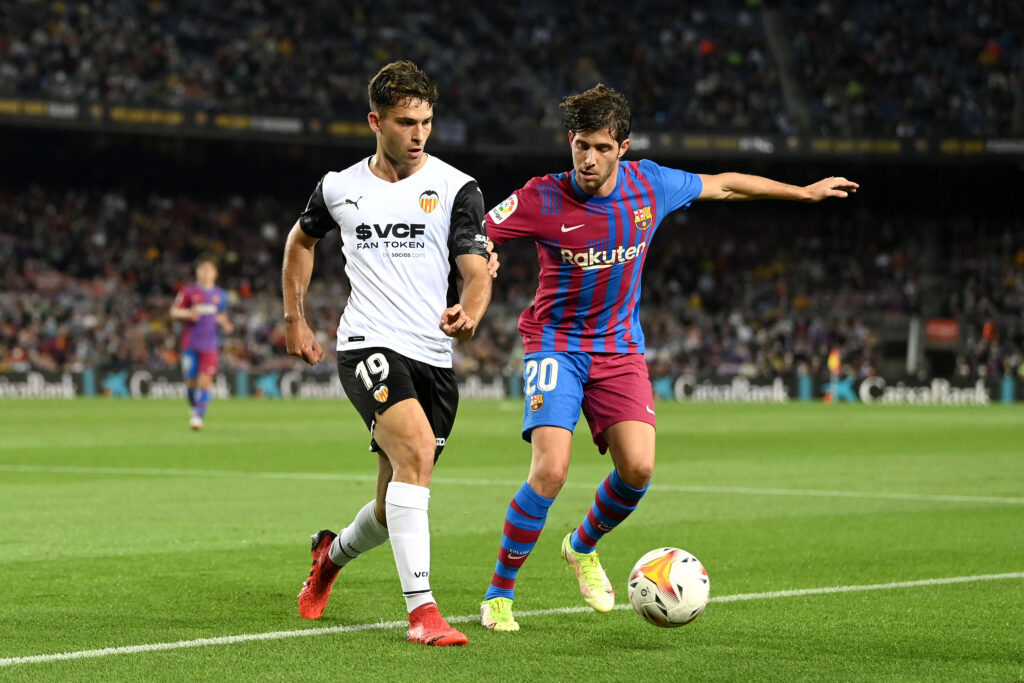 The north London giants are eyeing a new central midfielder this month but so far, there has been no progress.

Juventus’ Arthur Melo is the prime target, but a deal appears difficult at the moment with the Bianconeri wanting a replacement first.

Hence, the club may not get their wish this month, and they could instead focus on bolstering their midfield options during the summer.

In such a case, it is claimed that Roberto is one of the top names on Arteta’s wishlist. The Spaniard has entered the final six months of his deal.

The Blaugrana have failed to convince him due to their reluctance to hand a long-term contract, and the Gunners could take advantage.

Roberto has been an excellent utility player for the Catalan giants. He has been a regular in both the right-back and central midfield positions.

His versatility is a definite boost for any club. The Gunners could benefit as they are also eyeing a quality deputy for right-back Takehiro Tomiyasu.

Unlike Tomiyasu, he is not a tough tackler, but the Spaniard is gifted with excellent distribution skills. He has completed 90 per cent passes on average.

Meanwhile, the 29-year-old is also good with his hold-up play from the centre of the park, and can get himself out of tight spaces with his clever range of passing.

Despite the positives, his injury record is a prime concern. The six-time La Liga winner has been out with three long-term injuries since the start of last season.

He is currently sidelined with a hamstring injury until April at least. It would be a huge gamble to sign him for free as he would want to be one of the highest earners.