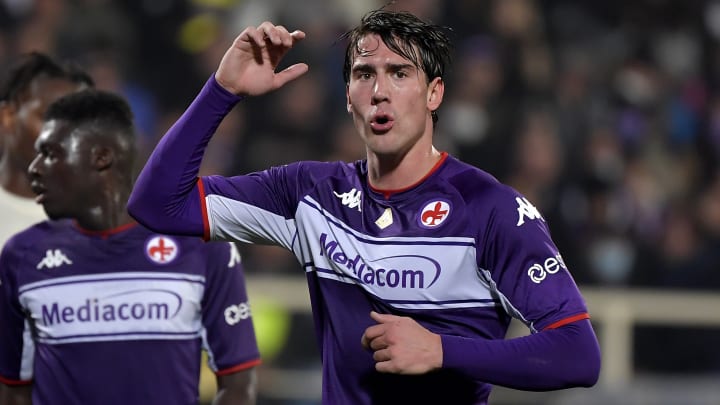 Arsenal have been handed a blow in the pursuit of Fiorentina striker Dusan Vlahovic following an update from transfer expert Gianluca Di Marzio.

The Gunners have identified Vlahovic as their prime target to bolster the strike force this month, but they are yet to make any progress in signing him.

There has been much speculation over a potential bid, but Di Marzio cites that La Viola have yet to receive any suitable offers on the negotiation table.

As things stand, the Serie A outfit are convinced to keep the €70 million-rated star until the summer despite his contract expiring in less than 18 months.

The player’s agent is also acting as a stumbling block towards a winter deal. He is eyeing a commission of €10m to negotiate the striker’s exit from Florence.

The Gunners are eyeing a new midfielder and striker this month. It has been claimed that they are determined to sign Vlahovic before the deadline.

However, his representative is planning to delay his exit until the summer when a release clause will activate. This could attract further transfer interest.

Vlahovic has been one of Europe’s best-performing strikers over the past 12 months. The 21-year-old netted 41 goals for club and country last year.

The Gunners are best placed to sign him for now. The situation could completely change in the summer when other elite European clubs join the race.

Hence, the club could be facing a losing battle. The Gunners’ hierarchy must find a way to convince La Viola this month or turn their attention elsewhere.

It appears unlikely that the board will continue their pursuit of Vlahovic for so long unless there is the optimism that they can pull off a deal this month.

This transfer saga could go down to the wire. It won’t be a surprise if the Gunners sign Vlahovic or another quality marksman before the transfer deadline.