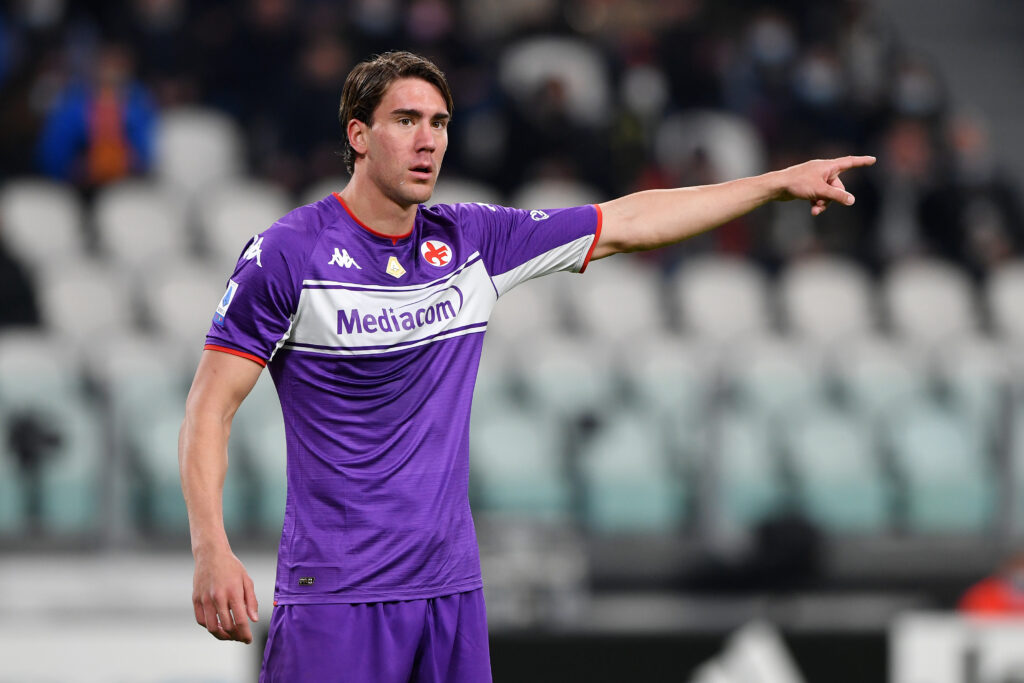 Arsenal are planning a formal bid for Dusan Vlahovic within the next 48 hours such that they have sufficient time to finalise a deal with Fiorentina, La Nazione claims.

The north London giants are determined to sign the 21-year-old this month, but there have been contrasting reports regarding Fiorentina’s stance over the player.

Some sources have claimed that La Viola may sanction his sale with his contract expiring in 18 months. Elsewhere, it is claimed that they may keep him until the summer.

It is now reported that the Gunners plan to make an official bid of €70 million for the striker within 48 hours. The transfer proposal could be made through an e-mail.

In addition to the transfer fees, they are willing to pay a salary of €19m for five years. The club are also prepared to meet the maximum commission for his agent.

The Gunners are hoping that an early approach could push through a deal. They are reluctant to wait until the summer and want to avoid interest from Man City, Bayern and Juventus.

Vlahovic has been linked with the club on a daily basis, and it has come to a point where there could be plenty of guess work over Fiorentina’s stance on the player.

La Nazione are one of Florence’s trusted outlets, and there could be some truth to the story that the Gunners are now planning to make a formal transfer bid.

There is still plenty of time left in the transfer window, but Fiorentina may play hardball in the negotiations if they don’t receive most of the fee up front.

Meanwhile, the player’s representative remains another stumbling block. He is willing to delay a decision until the summer to attract more high-profile offers.

Aside from this, Vlahovic himself is also evaluating his situation, and appears keen on playing in the Champions League which the Gunners can’t offer him for now.

He could potentially boost the club’s top-four pursuit with his arrival. It remains to be seen whether Edu Gaspar and Mikel Arteta can convince him this month.

Vlahovic has been in superb form over the past 18 months. In the current season, he has netted 20 goals from just 24 appearances across all competitions.

Read: Arsenal could be handed triple fitness boost ahead of Liverpool clash.