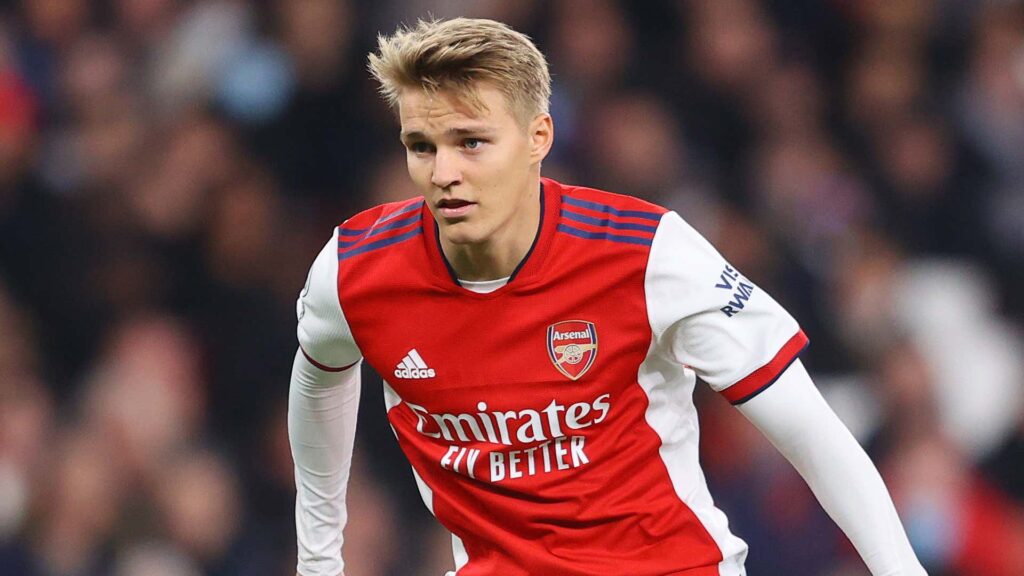 Arsenal could be handed a triple fitness boost ahead of the second leg of their Carabao Cup semi-final against Liverpool on Thursday, Goal claims.

The Gunners had a disastrous beginning to the first leg at Anfield as Granit Xhaka was sent off after just 24 minutes on the clock.

Despite this, the players showed a tremendous defensive resolve to secure a goalless draw. The Reds managed just one shot on target.

Ahead of the return leg tomorrow, the Gunners have been handed a timely boost with Martin Odegaard back in full training.

The Norwegian missed the Anfield trip due to coronavirus, but he has tested negative ahead of Liverpool’s visit of the Emirates Stadium.

Aside from Odegaard, the Gunners are optimistic that Emile Smith Rowe and Takehiro Tomiyasu are also deemed fit to return.

The duo have missed the last two games with a tight groin and calf, and were out for the north London derby before it was postponed.

Kieran Tierney, Bukayo Saka and Calum Chambers, who picked up knocks at Anfield, are also likely to be involved in tomorrow’s game.

Odegaard has been a quality creator for the club since he became a regular starter. He has managed six goal contributions since December.

The Norwegian could be tasked to play in central midfield tomorrow. Thomas Partey is available after Ghana’s AFCON exit, but the game may come too soon for him.

The 28-year-old has played four games in a fortnight. With a short turnover period of 48 hours from the Comoros defeat, he could make the bench at best.

Meanwhile, it could potentially be a three-man pivot  in the centre of the park with Albert Sambi Lokonga and Emile Smith Rowe lining up alongside Odegaard.

Lokonga has been prone to defensive errors lately, and will need more assurance in front of him. With Granit Xhaka suspended, Smith Rowe’s return will be a big boost.

Smith Rowe has turned into a super-sub over the past few weeks with regular goals, and he will be keen to prove a point to reclaim a starting role going forward.

Calum Chambers did an excellent job after Cedric Soares’ injury at Anfield. He was one of the stand-out performers with eight clearances while winning seven duels.

Despite his impressive showing, Tomiyasu should be drafted straight into the XI if he is fit. The Japan international has been a revelation from right-back this term.

It can’t be denied that the Gunners are more solid defensively with Tomiyasu’s presence at right-back. He has already become a huge favourite among many fans.