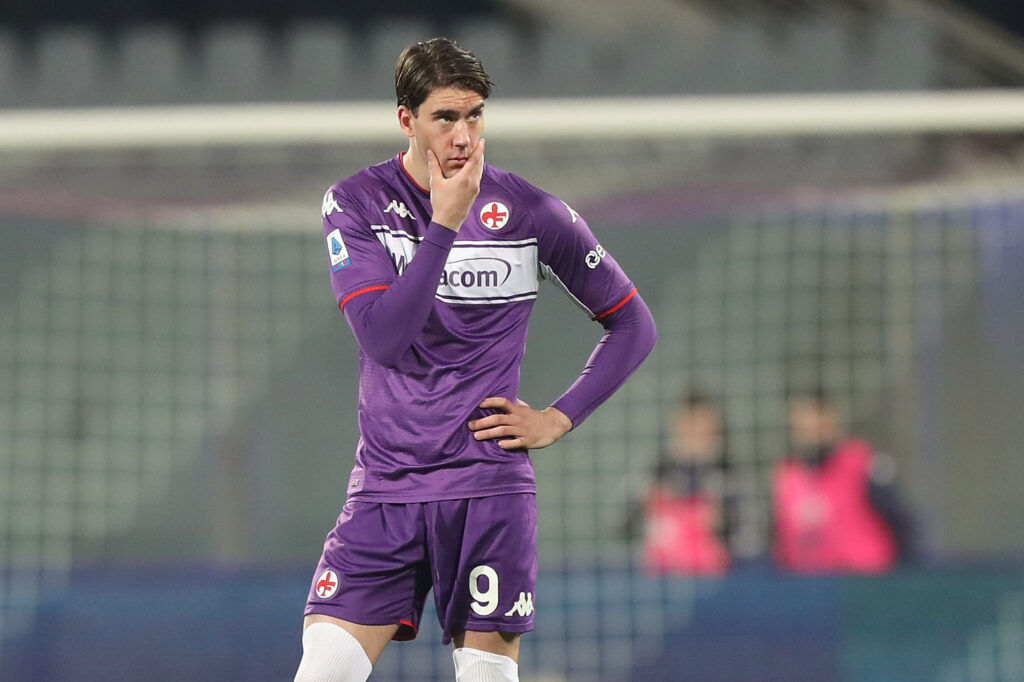 The north London giants are looking for a new centre-forward, and it is quite clear that Vlahovic is their prime target for the ongoing transfer window.

The transfer saga has been ongoing for the past three weeks, and it is now reported that the Gunners are willing to meet the €60 million price tag.

La Viola are also prepared to do business with them, but the Gunners must pay a hefty €18m commission to his agent Darko Ristic for a potential transfer.

Meanwhile, Vlahovic has yet to be convinced. The Gunners are ‘making every effort’ to sign him as they would have no hope this summer due to the ‘too strong competition’.

The Gunners currently have Alexandre Lacazette, Eddie Nketiah and Pierre-Emerick Aubameyang as striker options, but there is uncertainty over the trio.

Nketiah and Lacazette have entered the final six months of their respective contracts, and the former could leave before the winter transfer window closes.

Meanwhile, Aubameyang was recently axed for six straight games after a disciplinary breach. There are talks that he could be loaned out to Al Nasr with a buy obligation.

The futures of both Nketiah and Aubameyang could depend on the Gunners’ pursuit of Vlahovic. The failure to land the Serbian could see them stay until the summer.

Vlahovic has been a revelation for club and country over the past 18 months. He has netted an impressive 20 goals from just 24 games for Fiorentina this season.

He would be a big upgrade on the current options with Aubameyang having regressed, but the Gunners have a tough task on their hands to convince him over a move.

The 21-year-old is obviously eyeing Champions League football which they can’t offer. A top-four finish this term would see the club return to the elite competition, but that’s far from certain.

Regardless of whether they qualify for the Champions League or not, a summer deal could be very difficult with the likes of Manchester City, Bayern Munich and Juventus due to enter the race.