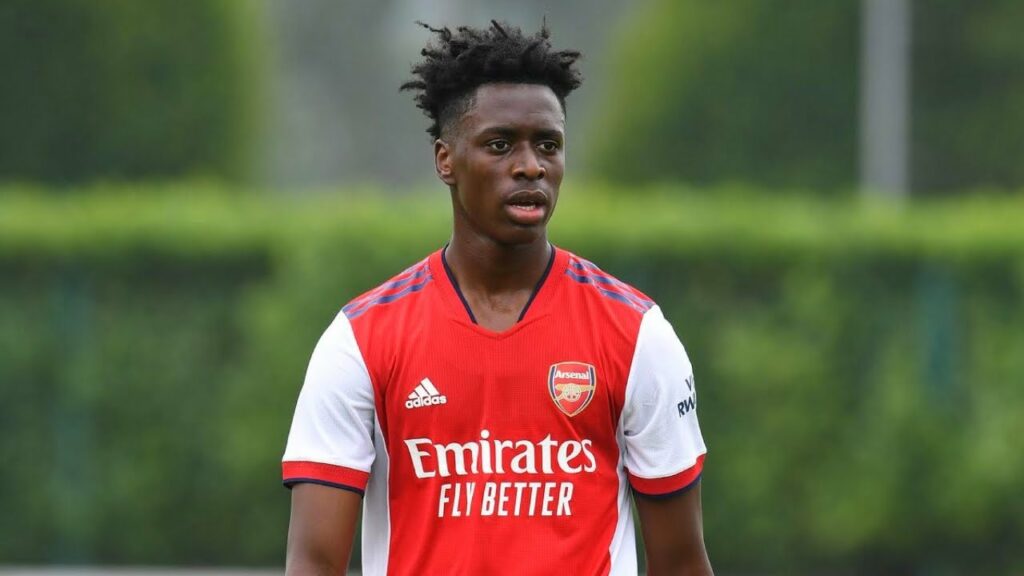 The Gunners had the chance to jump into the top four with a win on Sunday, but squandered the chance with a poor showing in the final third of the pitch.

They managed 20 attempts on goal, but just five of those were on target. Clarets goalkeeper Nick Pope had a comfortable game, barring one superb save.

The result was hugely disappointing for the Gunners, but Arteta singled out Lokonga for praise and said that he is ‘playing better and better’ in his debut season.

He told Arsenal.com: “I think he is growing, he is playing better and better. I think he had a really good game the other day against Liverpool, his understanding of the game, he is managing the physicality much better, he is maturing.”

“It’s a lot to ask. When we signed him, the expectation that we had for him in the first year was to start adapting but he has had to play many more minutes than we expected and the kid is trying his best, and I think he’s doing pretty well.”

Lokonga has had a good debut season with the club. He was fancied to play as a regular back-up, but has got more minutes amid the absence of key midfielders.

The Belgian is gifted with an impressive range of passing, but there is still plenty of room for improvement before he can establish himself as an undisputed starter.

In recent months, he has been prone to losing possession in defensive situations. One of those contributed to Nottingham Forest’s surprise winner in the FA Cup third round.

The £14.4 million ace had no such instances on Sunday, but gifted Burnley a corner with a poor backpass to Aaron Ramsdale. Luckily, they did not capitalise on the situation.

The Gunners are now set for an extended winter break. Their next Premier League game will be against Wolverhampton Wanderers on the road on February 10.

Lokonga will most certainly drop to the bench. Granit Xhaka and Thomas Partey served their one-game suspensions against Burnley, and should return to the XI.