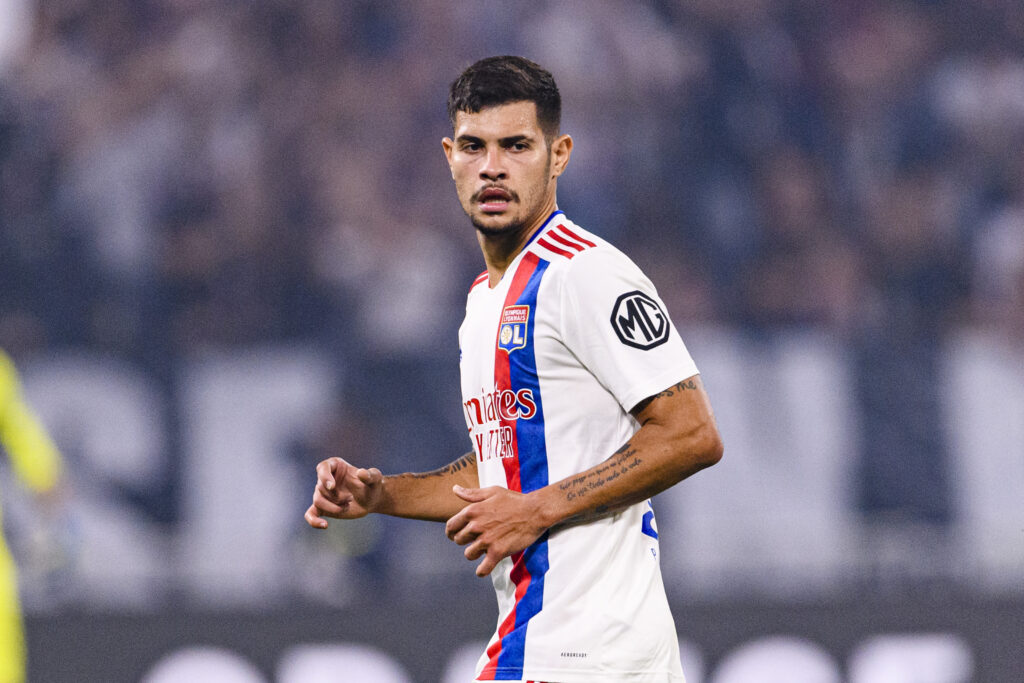 The Gunners were initially interested in the 24-year-old in January 2020, but he ended up joining Lyon from Athletico Paranaense.

They were once again linked with his services last summer, but nothing materialised beyond a formal approach to his representative.

It is now reported that the Gunners have not given up on signing Bruno yet. The club could land him for a fee of around €30 million. 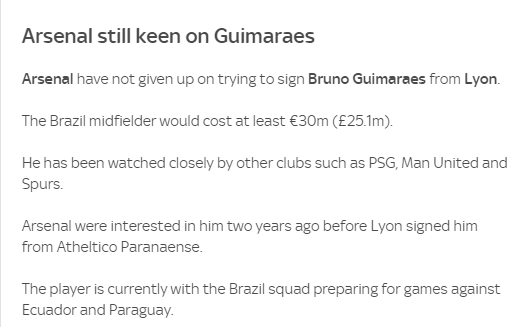 Bruno has evolved into one of Ligue 1’s best defensive midfielders. He has averaged 2.4 tackles per game.

On top of this, he has completed 88 per cent of his passes with an impressive 4.4 long balls per appearance.

He has the traits to succeed in the Premier League and hence, the Gunners have been long-term admirers.

At the start of the month, it was claimed that Lyon don’t plan to sell the Brazilian for anything less than €45m.

A lesser fee is a boost for the Gunners, but it would be a surprise if the French club are willing to negotiate.

They have been stern when it comes to valuations. It blocked the Gunners’ pursuit of Houssem Aouar in 2020.

Regardless of this, the Gunners could be better off signing Bruno over Juventus’ Arthur Melo this month.

Arthur is excellent with his distribution and dribbling, but has a genuine weakness with his tackling.

The Gunners only want to sign him on a temporary deal, but Juventus want ‘future purchase guarantees‘.

A deal for Bruno is a no-brainer, but it rests on whether the board are willing to meet Lyon’s demands.