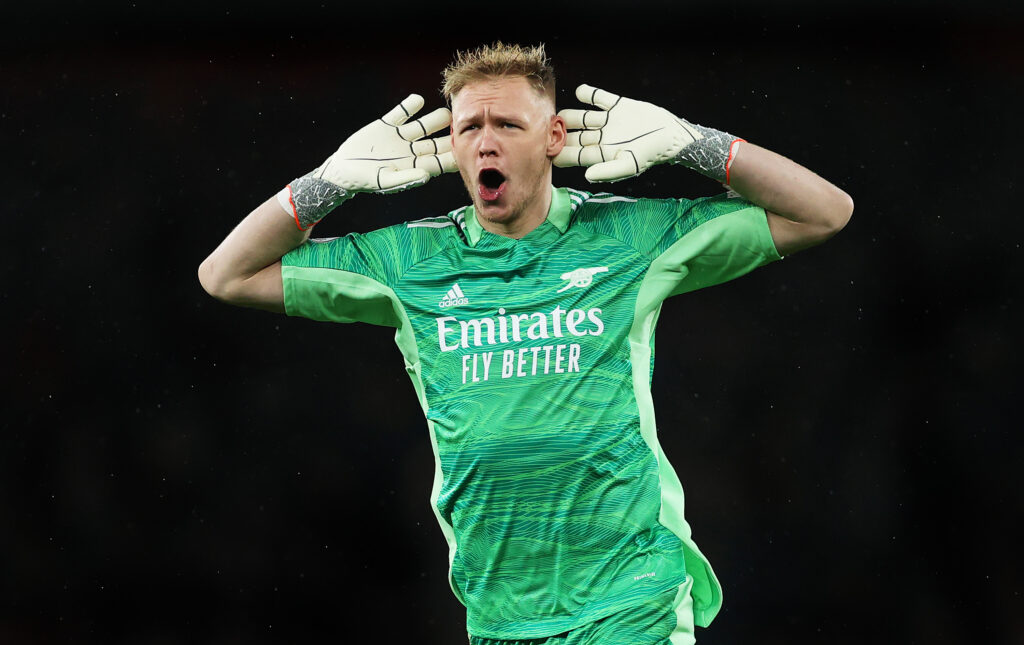 The England international was backed by 90Soccer and other soccer news sites to be a key part of Arsenal’s push for Champions League qualification this year and rightly so. He has had a superb debut campaign for the Gunners, registering 14 clean sheets from 27 appearances across all competitions.

There have been several stand-out displays along the way, but it now appears he could be out for a while after picking up a muscle problem in his hip.

Arteta did not specify the extent of the issue earlier today, but he has now confirmed that the goalkeeper suffered a ‘proper injury’ against Liverpool.

“He had an injury for 50, 60 minutes against Liverpool. We scanned him and he had a proper injury.” Arteta said. “The minutes he found he couldn’t be here he wanted to be here to support Bernd.”

The news could be a potential blow for the Gunners, considering Ramsdale has excelled playing from the back while also delivering accurate long balls.

Leno is a solid back-up goalkeeper for the Gunners, but has struggled with his ball-playing ability. A fine example was today where several long balls went out of play.

This invited pressure during the closing stages at Villa Park, but the Gunners eventually secured a hard-fought 1-0 win. Leno made a key save right before the final whistle.

Meanwhile, Ramsdale is set to miss England’s upcoming friendlies. Judging by Arteta’s comments, he could possibly miss more league games for the club next month.

Leno has the chance to prove his credentials. He is widely expected to leave the Gunners this summer, and could put himself in the shot window by garnering more clean sheets.

Arsenal currently have their Champions League destiny in their own hands. They are presently fourth in the standings, four points ahead of fifth-placed Manchester United with a game in hand.