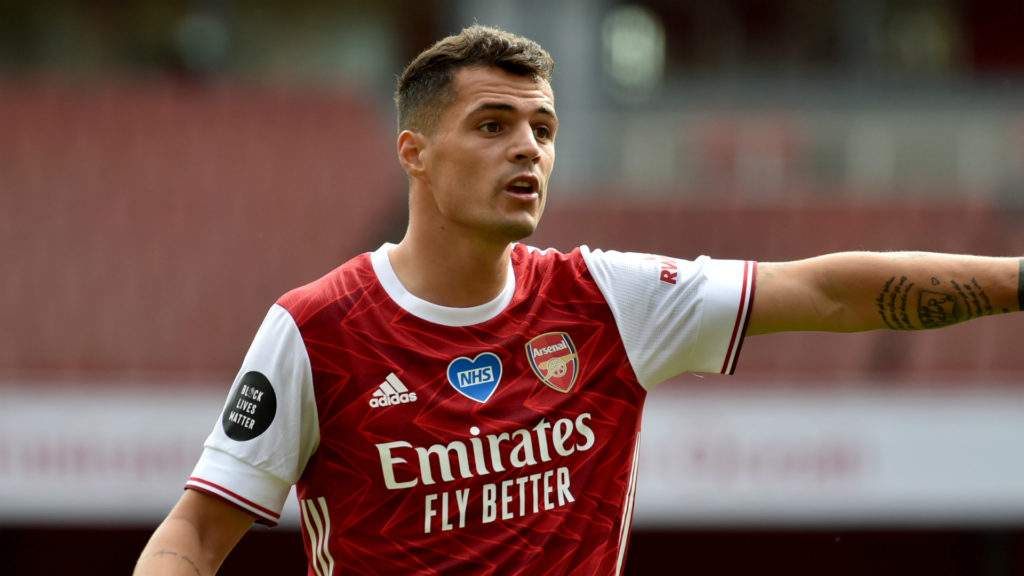 The Switzerland international has been a key player in the centre of the park for the Gunners, and he produced another superb showing against the Blues.

Xhaka was far from his best with his distribution with just 69 per cent of his passes completed, but did the dirty work with key defensive contributions.

The 29-year-old made two interceptions, two clearances and won two ground duels. He also managed two dribbles, one of which led to the second goal.

Xhaka managed to fend off a challenge in his own box from Romelu Lukaku before an emphatic nutmeg on Marcos Alonso which will be long remembered.

He had the awareness to find Martin Odegaard. Odegaard exchanged passes with Bukayo Saka before Emile Smith Rowe nestled his effort into the bottom right corner.

Xhaka had the opportunity to clear the ball in his own box, considering Aaron Ramsdale was well off his line. However, he took the risk to dribble his way out of trouble.

Things could have gone completely wrong in another instance, but the midfielder had good fortune on his side with his terrific piece of skill leading to a brilliant team goal.

Xhaka has always had a mixed opinion among the fans, but has been committed to the Gunners’ cause. He recently said that he wants to create ‘something special‘.

There was much talk about him leaving for AS Roma last summer, but the midfielder recently stated his desire to stay for the remainder of his Gunners contract (June 2024 with an option for 12 months).

He is capable of producing stand-out performances, but concerns over his discipline in particular has led to regular criticism from a section of the Gunners fanbase.

Xhaka is still an instrumental figure at the heart of the midfield. Rather than replacing him, the onus will be on finding a strong competitor amid Thomas Partey’s injury record.