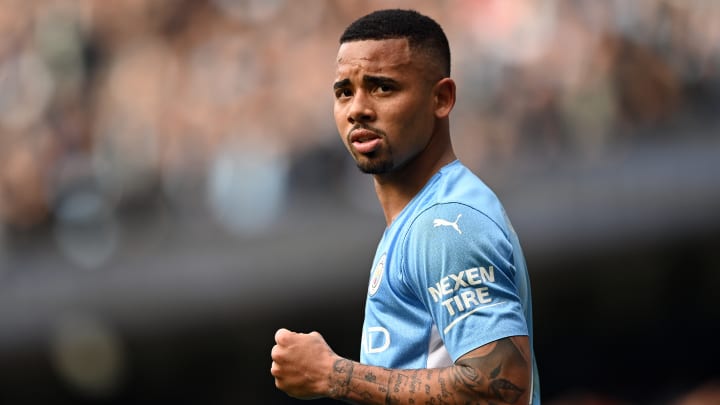 Arsenal are lining up a summer move for Manchester City striker Gabriel Jesus, The Athletic reports.

The Gunners are expected to sign at least one marquee striker this summer with the prospect of Alexandre Lacazette and Eddie Nketiah leaving on free transfers.

They may ideally want someone with Premier League experience to bolster their frontline. It appears Gabriel has emerged as the prime target for the hierarchy.

According to The Athletic, Gunners technical director Edu Gaspar has been in constant contact with Gabriel’s representatives for a number of months.

They have yet to make a formal approach to City, but Gabriel is said to be opening to the idea of joining the club during this summer’s transfer window.

The 25-year-old has been in-and-out of the starting line-up this term, but has impressed with seven goals and 11 assists from 34 appearances, half of them from the right wing.

Gabriel has struggled to cement a regular starting role at City. The Gunners may look to capitalise on the situation by guaranteeing him a spot up front.

His statistics are impressive under Pep Guardiola with 89 goals and 45 assists from 229 games. He should only get better as he is currently in the prime of his career.

Gabriel is presently valued at £45 million by Transfermarkt, but could be available for a lesser sum this summer with his contract due to expire at the end of next season.

The move may work well for both clubs. City are favourites to recruit Erling Haaland. Julian Alvarez could be his deputy. He was signed from River Plate in January.

This should pave the way for Gabriel’s exit. The Brazilian would be a quality upgrade on Lacazette. Goals have dried up for the Frenchman over the past 18 months.

Nketiah recently impressed with a brace against Chelsea. There is the scope of the Gunners convincing him to sign a new deal and compete with Gabriel next term.