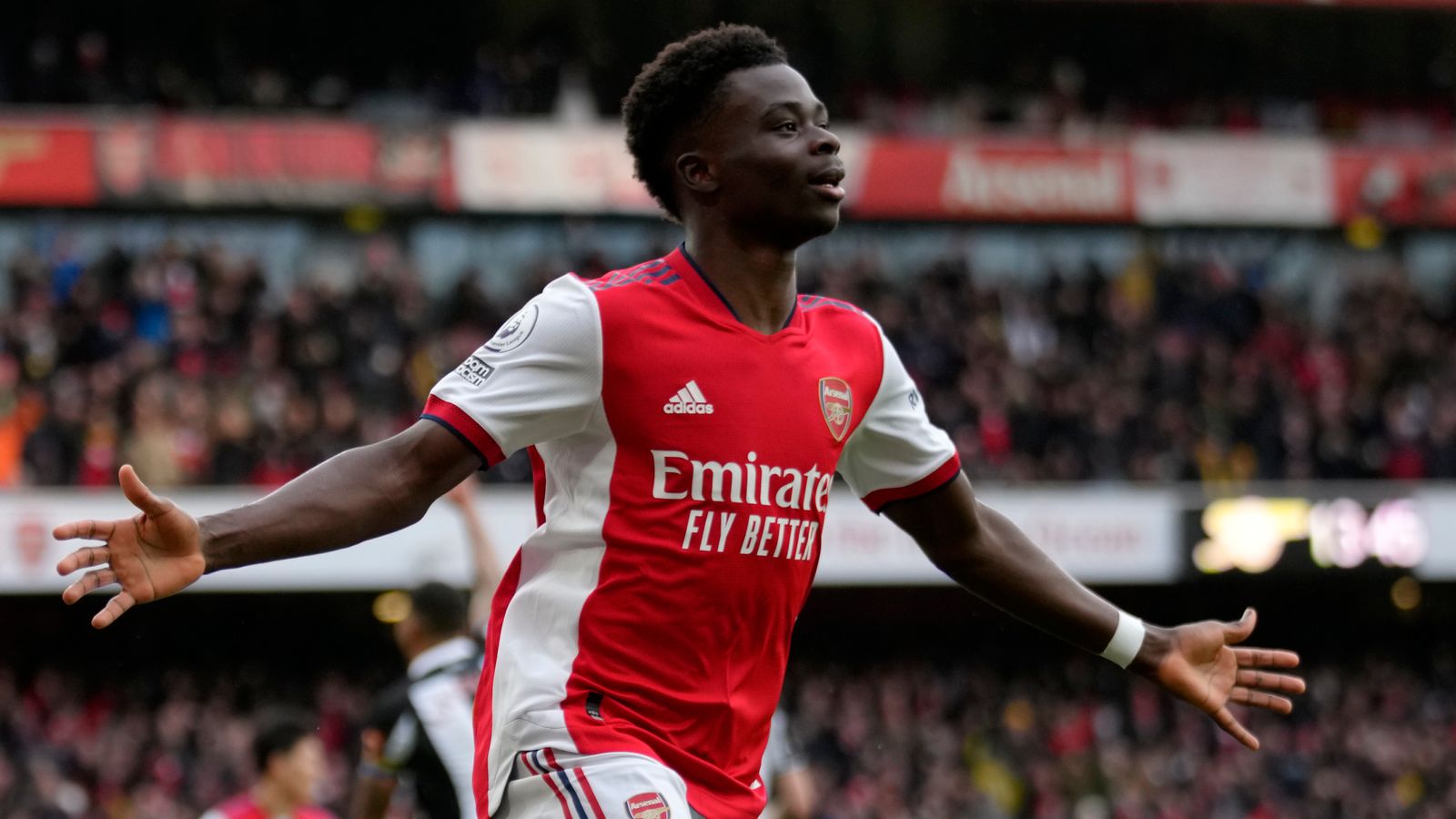 Arsenal manager Mikel Arteta has said that it is a matter of time before Bukayo Saka puts pen-to-paper on a new long-term contract.

The Gunners picked up their third straight win on Saturday (US time) as they registered a 2-0 triumph over Premier League rivals Everton.

Gabriel Jesus, who bagged a brace against Nuremberg, opened the scoring in the 33rd minute, and moments later, Saka doubled the lead.

Those goals were sufficient to secure a relatively comfortable win for the Gunners, who will face Orlando City at the Exploria Stadium next.

Following the game, Arteta was posed with several questions including one on the future of Saka whose contract expires in June 2024.

The Gunners boss said that both him and Saka have the same intention (extension) and it is a matter of time before a renewal is finalised.

He told Arsenal.com: “We will try and we both have the same intention and it’s a matter of time.”

Meanwhile, Arteta provided an update on five absentees from the squad.

Kieran Tierney, Emile Smith Rowe, Ben White and Takehiro Tomiyasu were all carrying minor niggles, but should return in a matter of days.

He said: “We had Kieran with a slight problem, we had Emile as well with a muscular niggle, Tomiyasu as well and Ben. The rest of them are fine, but it’s a matter of days with them.”

When pressed on Fabio Vieira’s fitness, Arteta said that he will start training in the next week or so, having joined with a foot injury.

He added: “He [Fabio] had a slight problem in his bone and hopefully he will start to train in the next week or so.”

Arsenal have had the perfect record in pre-season with wins over Ipswich Town, Nuremberg and Everton. They face Orlando and Chelsea next week.

Following the US trip, they will return to the Emirates Stadium to host Sevilla in the Emirates Cup on July 30, which is their final pre-season game.

Five days later, the real action starts with a potential tricky away trip to Crystal Palace in the Premier League. Arsenal need to be best prepared.

They have had a woeful record against the south London outfit over the past few years. They have beaten them in just of the last eight league meetings.