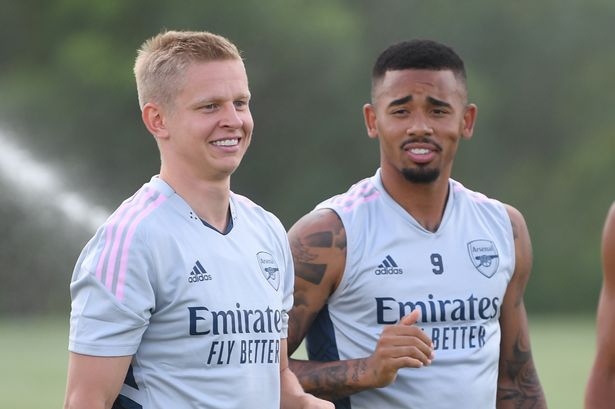 Arsenal start the new Premier League campaign with an away trip to Crystal Palace on Friday night.

The Gunners are playing the curtain-raiser for the third-season running. They will also be facing a London opposition on the road for the third-straight year.

They comfortably beat Fulham 3-0 back in the 2020/21 campaign, but last season’s opener was one to forget as Brentford easily outclassed them by a 2-0 score.

The upcoming trip to Selhurst Park could be another difficult one, judging by recent history. The Gunners have beaten Palace in just one of the last eight meetings.

Here is how they are expected to line up:

Aaron Ramsdale is an undisputed choice in goal. The England star recently received the number one shirt after Bernd Leno’s exit. He is expected to start tomorrow.

In front of him, there should be a familiar looking backline from recent pre-season games. William Saliba looks set to make his competitive debut for Arsenal after a three-year wait.

Saliba is widely expected to partner Gabriel Magalhaes in central defence. With Takehiro Tomiyasu and Kieran Tierney having just recovered from injuries, we don’t fancy them to start.

In that case, it should be a straightforward decision for manager Mikel Arteta. Ben White has impressed from right-back lately, and he is likely to retain his spot ahead of Cedric Soares.

On the opposite end, Oleksandr Zinchenko should make his Gunners debut from the off. The Ukrainian star will be determined to prove himself to make the left-back position his own.

In the centre of the park, there are no selection doubts. Thomas Partey and Granit Xhaka literally pick themselves. Hopefully, Partey can stay injury-free for the course of the season.

Further forward, Martin Odegaard should slot into the number 10 position. The new captain had a good debut season with 12 goal contributions, and will be aiming to improve on that tally.

Bukayo Saka and Gabriel Martinelli are expected to occupy the right and left-wing positions respectively. The young duo managed 32 goal involvements between themselves last term.

Up front, Gabriel Jesus is a clear-cut starter despite Eddie Nketiah’s terrific exploits towards the end of last season. Jesus will be hoping to make a big impact on his Gunners debut.

The Brazilian was lively throughout pre-season, ending up with eight goals from five outings. He now has the opportunity to replicate the sparkling form against Patrick Vieira’s side. 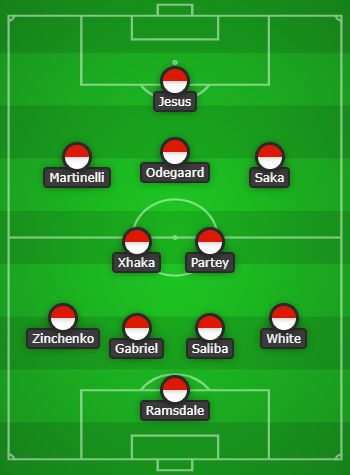