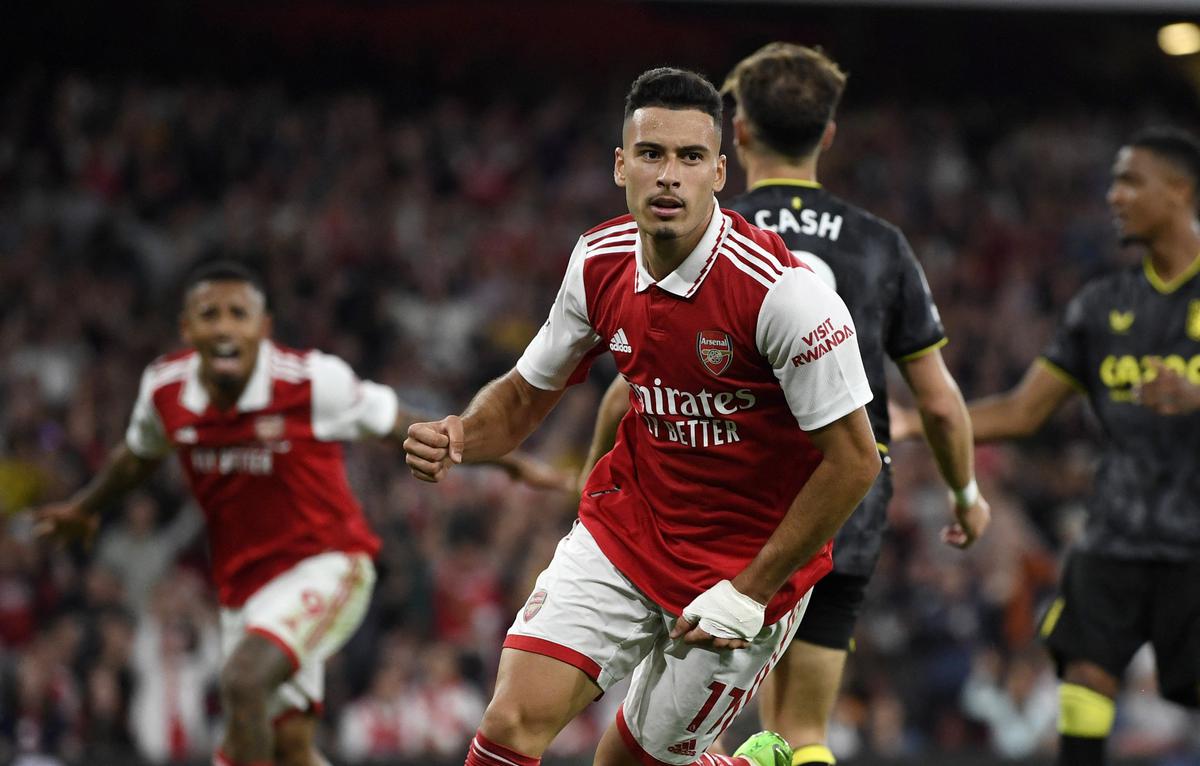 Gabriel Martinelli produced a solid performance for Arsenal as they secured a 2-1 Premier League win over Aston Villa at the Emirates Stadium last night.

The Gunners completely dominated the proceedings against Villa in the first half yesterday, but could only muster one goal for their efforts. Gabriel Jesus opening the scoring in the 30th minute.

It was a similar trend following the break and out of the blue, Villa equalised through a fluke goal from Douglas Luiz in the 74th minute. The Brazilian’s curled effort from a corner found the back of the net.

It quite clearly seemed that Boubacar Kamara was holding onto Aaron Ramsdale, but VAR did not intervene.

Luckily for the Gunners, Martinelli turned up with the match-winning goal just three minutes later. The 21-year-old scored with a superb first-time shot on the half-volley to beat Emiliano Martinez.

The victory over Steve Gerrard’s side preserved the club’s perfect start to the season with five wins, and Martinelli was undoubtedly the game-changer, showing a terrific response after conceding.

Aside from his goal, Martinelli also won six ground duels while managing three take-ons. He also registered two key passes. The youngster seems to be only getting better with every passing game for Arsenal.

He is now the joint top-scorer with Gabriel Jesus and Martin Odegaard with three goals this campaign, and looks on course for his best-ever season, judging by the excellent progress made thus far.

Arsenal are currently two points ahead of Manchester City at the top of the Premier League standings.

They have had a winnable schedule thus far and the real challenge will come against Manchester United at Old Trafford on Sunday. Hopefully, there are no fresh injury concerns ahead of the game.

Martin Odegaard was substituted with a knock against Villa while Aaron Ramsdale seemed to be struggling with a possible hamstring issue. The duo are a pivotal part of the Gunners’ starting XI.