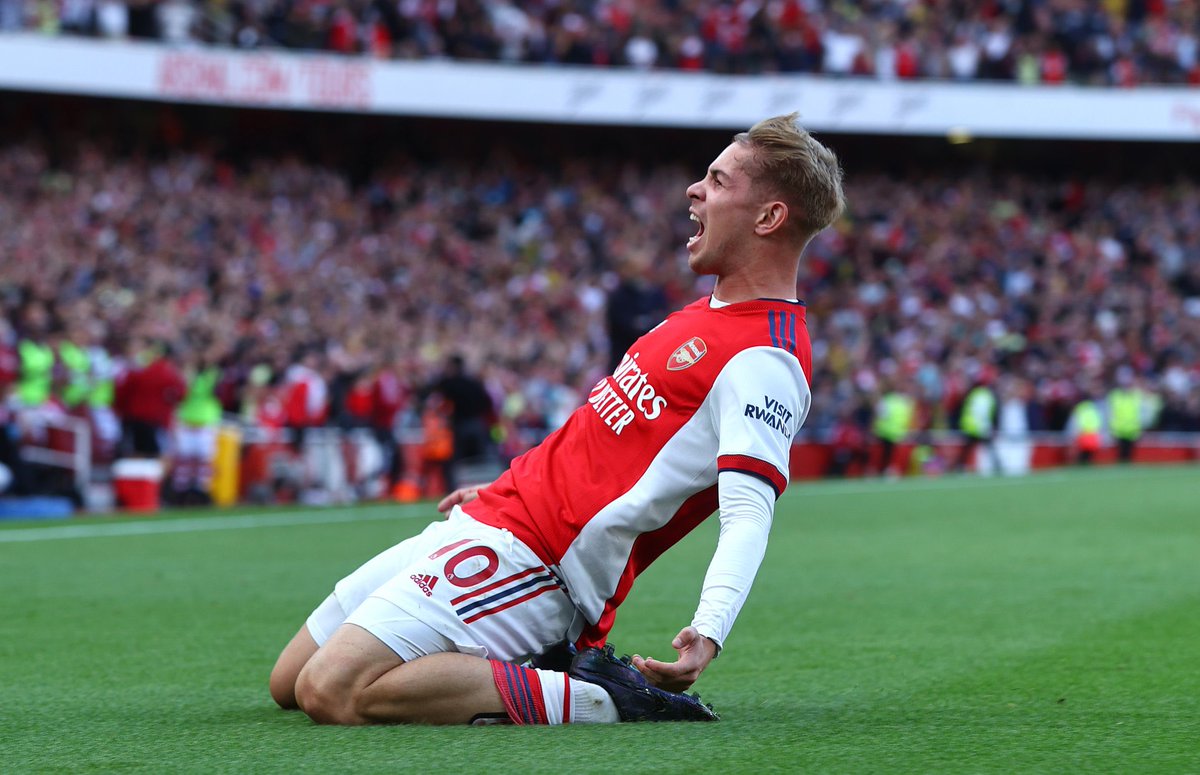 Arsenal may have suffered a fresh injury blow following the club’s 3-1 Premier League defeat at Manchester United, according to The Athletic’s David Ornstein.

The Gunners dropped their first points of the top-flight campaign yesterday as they were convincingly beaten by United, who were superb on the counter-attack.

Mikel Arteta’s side did dominate the possession over 90 minutes, but the Red Devils capitalised on the high backline to end the Gunners’ perfect start to the season.

While the defeat will disappoint many Arsenal fans, Ornstein has now revealed that Smith Rowe sustained an injury during the warm down session after the game.

The England international only came on for the final 15 minutes yesterday, and there are certainly worrying signs that he may have sustained another injury setback.

As per Ornstein, the 22-year-old looked distressed and was accompanied back to the dressing room by assistant Carlos Cuesta while other substitutes continued their drill.

🚨 Emile Smith Rowe appeared to pull up with an injury during Arsenal warm-down. 22yo attacking midfielder looked distressed as he was accompanied back to dressing room by #AFC assistant coach Carlos Cuesta, while rest of substitutes continued their session @TheAthleticUK #MUNARS pic.twitter.com/rz9TKGr6Yt

Smith Rowe picked up an injury during pre-season, and has since played only 47 minutes for the club. He would have started the midweek Europa League game, but now appears a huge doubt.

The Gunners graduate was one of the top performers for the club last term, turning up in 33 league appearances. He managed an impressive 12 scoring contributions including 10 goals.

He has yet to find his feet this campaign after his pre-season was interrupted. If he has indeed sustained an injury of any kind, the Gunners should be concerned over their lack of depth.

Fabio Vieira can also play in the number 10 position if Martin Odegaard is rested, but with a huge fixture pile-up in October (possibly 10 games), Arteta does not need any more injuries.

He is already missing the services of Thomas Partey, Reiss Nelson and Mohamed Elneny with the latter two being long-term absentees. Hopefully, there is nothing serious with Smith Rowe.