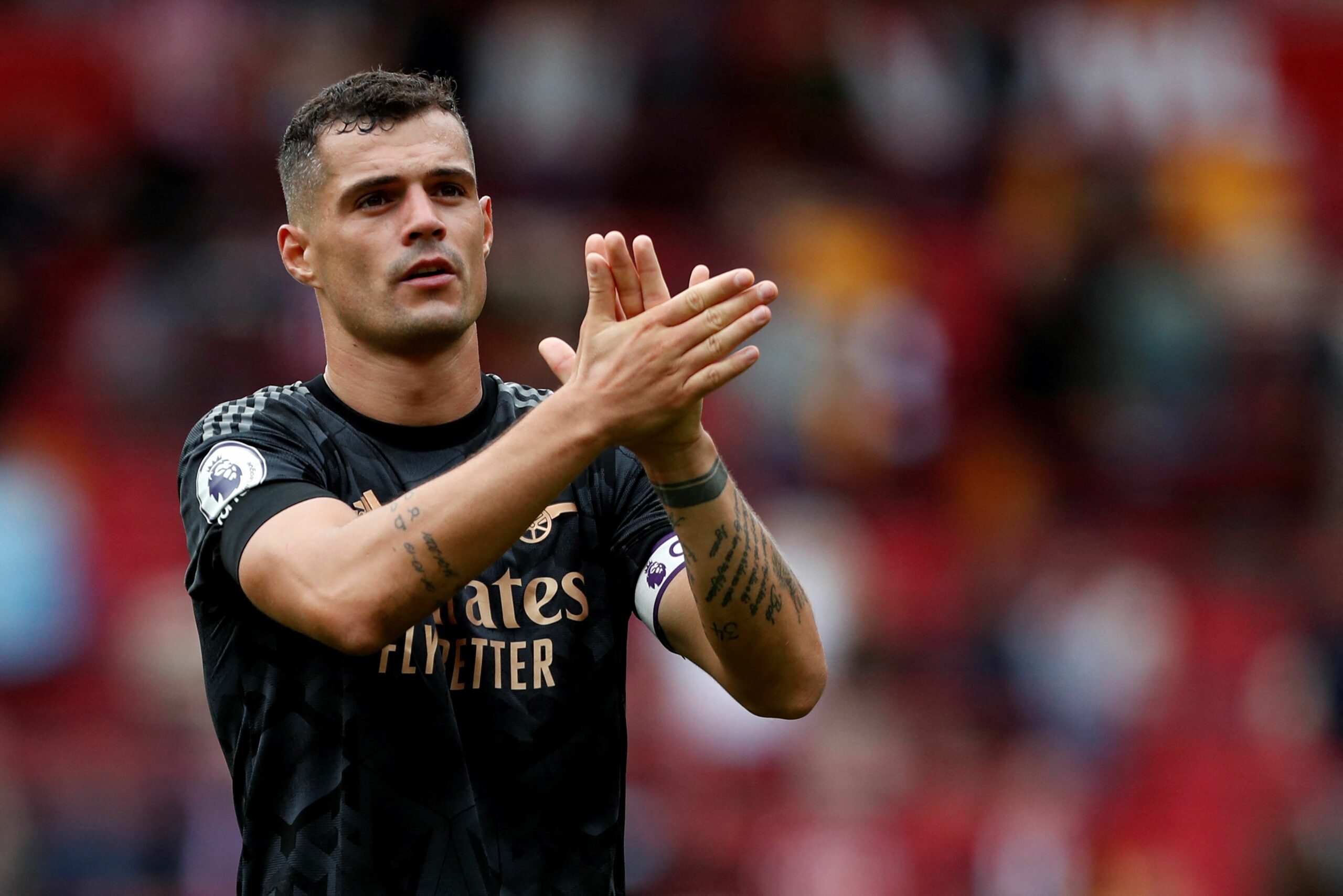 The Switzerland international was handed the captain’s armband against the Bees after Martin Odegaard was ruled out of the derby with a minor calf problem.

Xhaka led from the front with a dominant midfield display alongside Thomas Partey. He capped the performance with a splendid assist for Gabriel Jesus.

Speaking after the 3-0 win, Arteta was delighted with the consistency shown by Xhaka, who is now enjoying his best-ever Premier League campaign in terms of goal contributions.

He told Arsenal.com: “His consistency, and how he goes about every day. What he’s learnt in different moments of his career, whether here or with the national team. Also his willingness always to stay humble, to look forward and try to get better and when you do that, normally good things happen.”

When asked about his leadership qualities, Arteta said that the 29-year-old truly deserves the armband, having won over the supporters with his performances lately.

Arteta added: “Absolutely, and he was demanding it as well. I think he feels now that love and respect both ways. You see our supporters, the way they were singing to him as well, emotionally that makes him try to give even more. I’m really pleased for him because in my opinion he really deserves it.”

Xhaka has been terrific for Arsenal this season

Xhaka has looked a player transformed under Arteta this term. The Swiss has become more composed with his decision-making and has had the license to push forward.

This has brought the best out of him. Xhaka previously managed a maximum of three goal contributions in a single Premier League season, but he has already surpassed that.

He has one goal and three assists from just seven outings this campaign. Better late than never, Xhaka has finally evolved into a creative central midfielder for the Gunners.

The £22.5 million-rated star is currently playing the best football of his career, and Arteta will be hoping that he can sustain his glowing form over the course of the campaign.