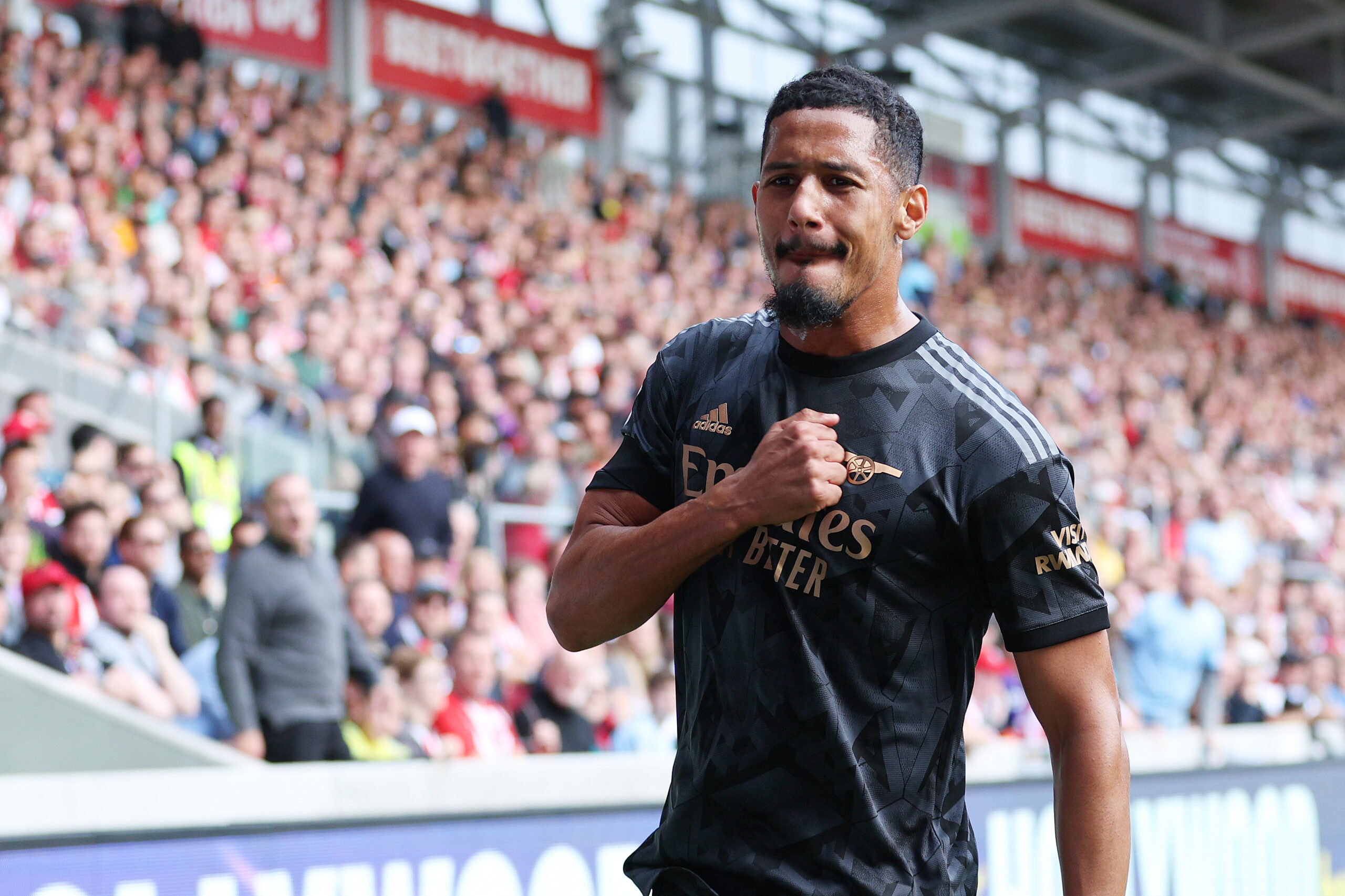 The Gunners went into the game with the chance to extend their one-point lead at the top of the table, and they did exactly that with an impressive 3-1 triumph.

They opened the scoring with a stellar strike from Thomas Partey in the 20th minute, but allowed Spurs back into the game after conceding a needless penalty.

However, they were able to respond following the interval. Gabriel Jesus pounced on a Hugo Lloris error to put the Gunners ahead in the 49th minute of the derby.

Spurs went down to 10 men in the 62nd minute after a reckless tackle from Emerson, and just moments later, Granit Xhaka put the game to bed with a third goal.

While Partey, Jesus and Xhaka will earn most of the plaudits, Saliba was equally impressive at the back as he comfortably saw out the threat from Harry Kane.

Barring one moment in the second half, the Frenchman was once again resolute at the back. He completed a stunning 68 of his 71 attempted passes against Spurs.

The 21-year-old also came up with three tackles and three clearances while winning five duels in the process. It was another top notch display from the centre-back.

Saliba has been excellent in his breakthrough campaign for the Gunners, and the hierarchy should now press ahead to commit him to a new long-term contract.

His current deal expires in the summer of 2024, and the board can ill-afford to allow him to enter his final year, considering elite European clubs will be tracking him.

With the 3-1 win, Arsenal have gone four points ahead of Manchester City at the top of the table. They will entertain Jurgen Klopp’s Liverpool in their next outing at home.