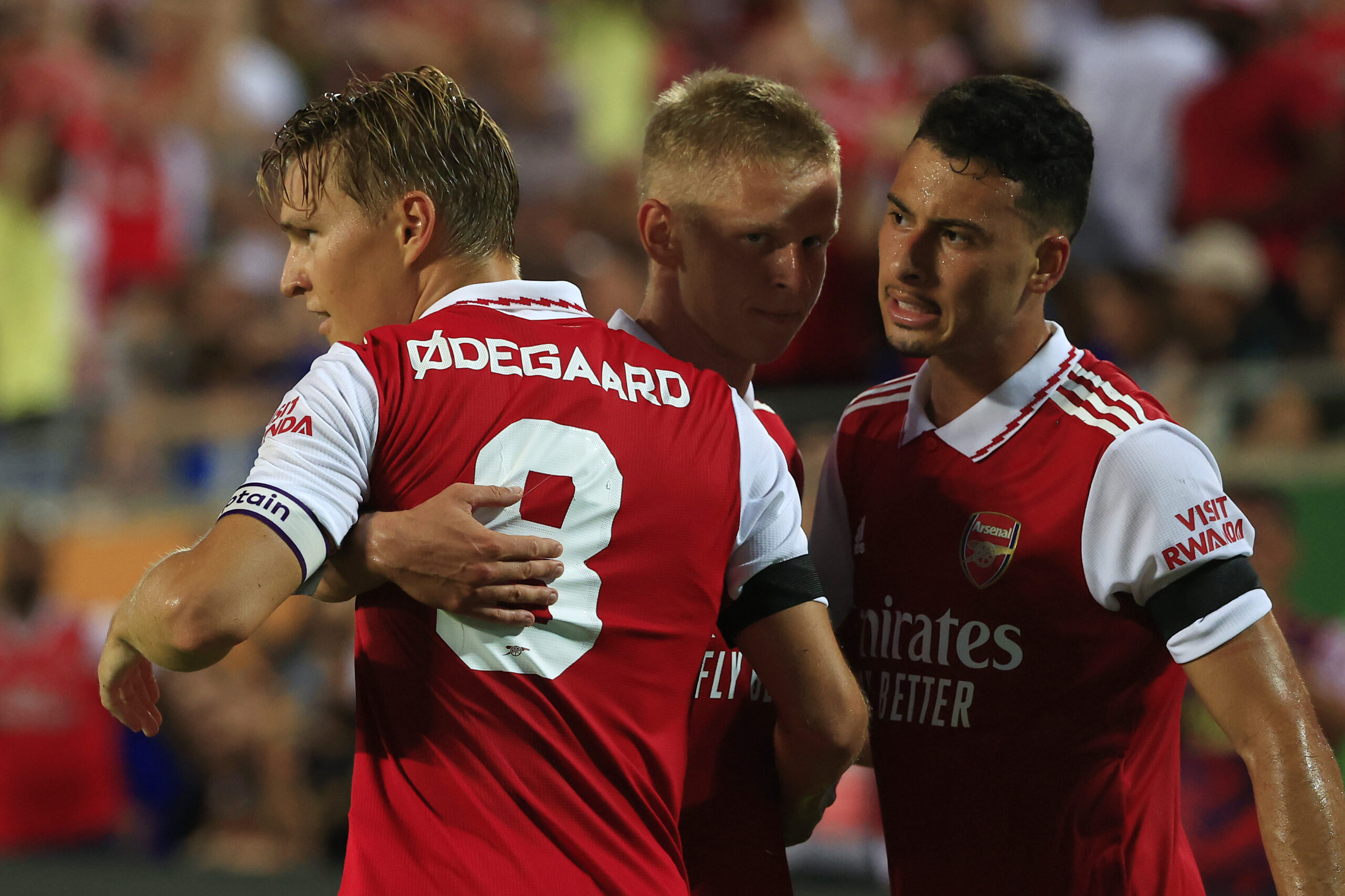 The north London giants have the perfect record in the Europa League after three group stage games and they will be aiming to extend the run against PSV Eindhoven tomorrow.

Ahead of the clash, Zinchenko and Martinelli sat out this afternoon’s training session and when asked for an update, Arteta said that the duo have not been ruled out.

He told Arsenal.com: “No they are not ruled out, but we will see tomorrow what we decide.”

Arteta further said that he is not concerned over Zinchenko’s injury, he added: “No, I don’t think so. Obviously, he had a current injury in his calf and that’s why he’s been out for this period.”

Gabriel Jesus picked up a minor knock against Liverpool earlier this month and he was subsequently rested against Bodo/Glimt after missing the team training session.

It seems Arteta could follow a similar protocol with Martinelli. The Brazilian sustained a kick to his calf during the recent Leeds United trip and could be rested similarly.

Meanwhile, Zinchenko’s absence has not been a big miss with Takehiro Tomiyasu and Kieran Tierney putting in strong performances from the left-back position lately.

Hence, the Gunners don’t face the urgent need to bring him back to action. Arteta has not ruled him out for tomorrow’s game but in our opinion, he is unlikely to feature.

The Gunners boss has assured that Zinchenko would be back before the World Cup interval. Hopefully that is the case. He tends to bring the best out of Martinelli with his movement.

Arsenal will be eyeing their 13th win of the current campaign when PSV visit the Emirates Stadium. Arteta will be eyeing a better showing after scrapping through unconvincing 1-0 wins.