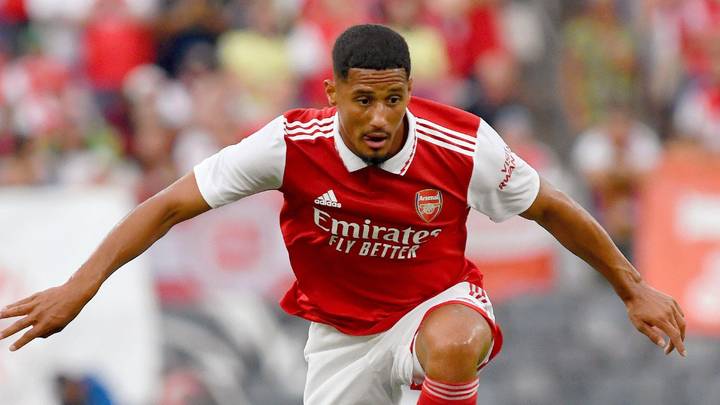 Arsenal defender William Saliba produced another man of the match display during the club’s 1-0 Premier League win over Chelsea at Stamford Bridge.

The Gunners had a big test of their title credentials against the Blues earlier today and they came out with flying colours after some resolute defending at the back.

Chances were at a premium for the hosts, but they were some crucial interceptions and clearances made in the box. Saliba undeniably stood out in that aspect.

He made three interceptions, three clearances and won two tackles. The centre-back also blocked a shot on goal while winning three ground and aerial duels.

Saliba had a couple of untidy displays towards the end of last month, but he appeared back to his best in the London derby, exhibiting superb composure.

The 21-year-old has had a tremendous start to his Gunners career and he should certainly be in line to make France’s 26-man squad for the World Cup.

Meanwhile, the Gunners should also step up negotiations over a new long-term deal.

Saliba’s current contract is due to expire in the summer of 2023, but there is an option for another year.

A strong performance at the World Cup could further enhance his reputation and the Gunners must finalise terms at the earliest before his head is turned.

With Real Madrid keeping a close eye on him, the hierarchy must be pro-active and can’t afford to play the waiting game for the player to commit his future.

Formal negotiations are underway with Saliba, who earns £40,000-a-week. The Gunners may need to make him one of the highest earners to prolong his stay.

He certainly deserves a significant pay rise for his stellar displays. At 21, he has a high ceiling and could develop into a world-class performer with experience.

Stats from SofaScore.com and Capology.com