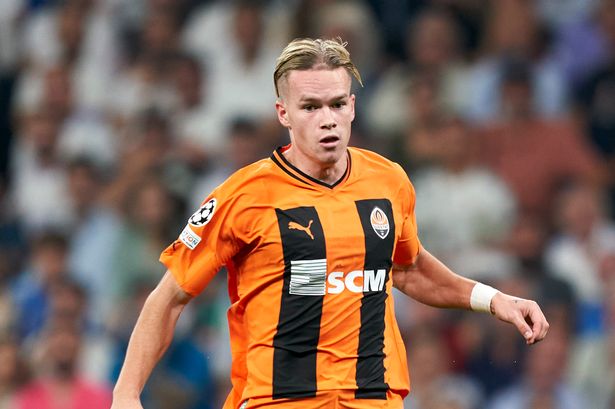 Arsenal are likely to strengthen their attack during the winter transfer window and Shakhtar Donetsk’s Mykhaylo Mudryk appears back on the club’s radar.

The Ukrainian’s qualities were largely unknown when the Gunners were interested in him last summer, but he has certainly built his reputation this campaign.

The 21-year-old has contributed eight goals and seven assists from just 15 appearances. This has included some stand-out performances in the Champions League.

It is now reported that the Gunners have made an official bid of €60 million bid for Mudryk and in our opinion, he would be a shrewd piece of signing in January.

Mudryk would be a fantastic acquisition for Arsenal

Mudryk does not come with a big name reputation like Cody Gakpo, but he has had a spectacular season for Shakhtar so far with 15 goal contributions.

The Ukraine international is predominantly a left-winger by trade and has caught the eye with his superb dribbling and pace on the counter-attack.

He has averaged nearly two dribbles per game, but has also worked selflessly off the ball with one tackle and over four ground duels won per appearance.

His qualities would perfectly fit into Mikel Arteta’s style of play while he would also comply with the Gunners’ transfer policy of pursuing upcoming stars.

The price tag appears a little steep, but it could still be a clever piece of business as Mudryk is just 21 and has the peak years of his career in front of him.

An alternative to Mudryk would be Gakpo, who has 30 goal contributions from just 23 games this term.

However, PSV want to keep him for the season. His price tag could rise to significant margins next year as they were already looking for €50m last summer.

Hence, Mudryk seems a more realistic target for the Gunners ahead of the New Year.

He would provide solid competition for Gabriel Martinelli on the left wing. Arsenal need more quality and depth to stay in the Premier League title race.