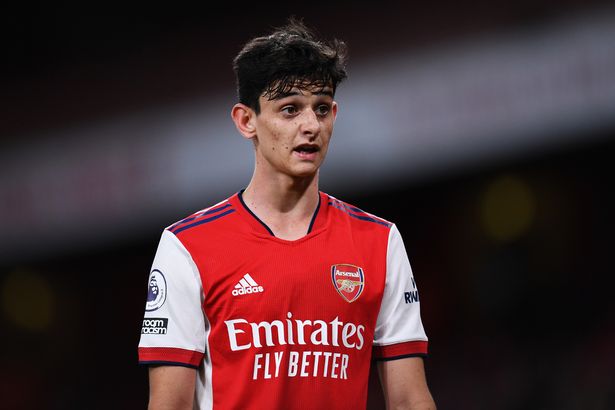 Arsenal must look to extend the contract of teenage prodigy Charlie Patino with Barcelona weighing up a potential move for him.

The 19-year-old is regarded as one of the best talents from the academy and he is currently on loan at Blackpool where he has impressed with two goals and two assists from 16 outings.

The Gunners are likely to allow him to spend the rest of the season with the Seasiders before linking up with the first-team squad, but the club must also sort out his future.

According to Mundo Deportivo (page 25), Barcelona are keeping a close eye on the Gunners graduate and could attempt to sign him with his contract expiring next summer.

Arsenal must extend Patino’s contract as soon as possible

Patino has shown plenty of promise during his temporary spell in Blackpool, but the Gunners are yet to make any progress over prolonging his contract beyond June 2022.

The London giants have a big advantage over Barcelona with a two-year extension clause in his contract and the hierarchy must trigger the option as soon as possible.

They can’t allow Patino to enter the final six months of his deal in January which would then allow the Catalan giants to negotiate terms over a pre-contract agreement.

Patino looks on course to have a bright future ahead. He can play in the defensive and central midfield roles, but appears a natural from the latter of those positions.

If he can stay patient and grounded at Arsenal, there is a good possibility that he could succeed Granit Xhaka in the number eight role. He has the potential to reach those heights.