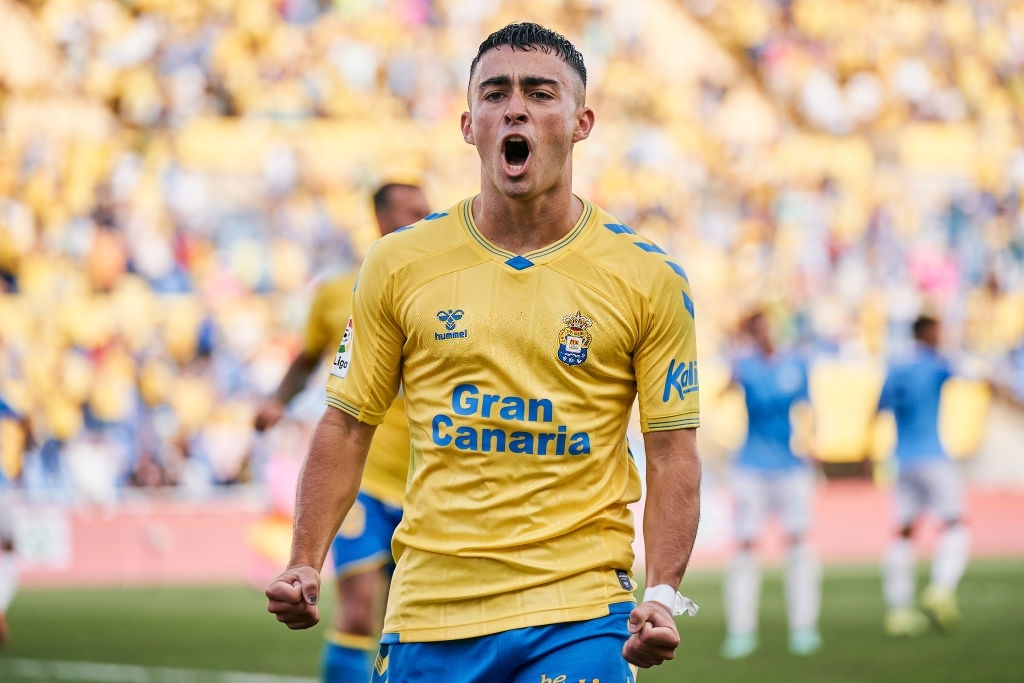 Arsenal have joined Barcelona in the race to sign Las Palmas youngster Alberto Moleiro, according to Calciomercato.

Moleiro currently plays in the Spanish second tier for Las Palmas where he has registered three assists from 15 appearances in the current season.

The 19-year-old made his Spain Under-21 debut earlier in September and it now appears he is on the radar of many high-profile European clubs.

Barcelona’s interest is not a surprise, considering they only signed Pedri from Las Palmas two years ago.

The Catalan giants have now been joined by Arsenal while Manchester City, Liverpool and Real Madrid are also said to be keeping tabs on Moleiro.

Arsenal have huge task on their hands to sign Moleiro

Moleiro has yet to feature in the Spanish top-flight, but he has already been dubbed as the new Pedri.

The youngster is a completely different player to his compatriot, considering he is an attacking player by trade while Pedri prefers to operate in midfield.

Moleiro has mostly played as a number 10 this term, but he has also made an equal number of appearances (17) from right and left wing in his short career.

Hence, the Spaniard is pretty versatile and there are no surprises that clubs want him after the success of Pedri.

Barcelona would be favourites to sign the youngster. Moleiro recently admitted that he was excited after learning that the Blaugrana wanted him in the summer.

It remains to be seen whether Arsenal can prise him away. The Gunners are certainly now in a good position to persuade him with the progress made under Mikel Arteta.

Being the Premier League leaders provides an added incentive. Moleiro could be tempted by the Gunners being top of the standings with the youngest average squad (23.7).

The youngster won’t come for cheap. Barcelona signed Pedri in a deal worth €22 million with several add-ons included. Las Palmas could hold out for a similar package.