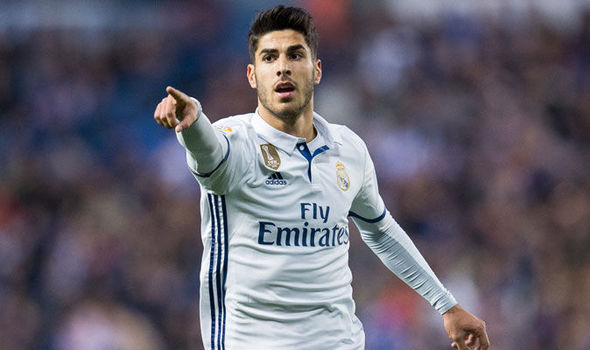 The Spaniard has struggled for regular playing time at the Bernabeu this season. Despite this, he has been hugely impressive with three goals and three assists in 426 minutes.

Madrid have yet to convince him over a new contract beyond next summer and it is now reported that the club are likely to sell him in January rather than losing him on a free transfer.

Carlo Ancelotti’s side were looking for €50m during the summer transfer window, but it is claimed that they could accept a significantly lesser fee for the 26-year-old in January.

Arsenal and Liverpool have both been linked with the Spaniard, but Arteta has reportedly urged the club’s hierarchy to bring the forward to the Emirates Stadium this winter.

The Gunners have performed above expectations this campaign and they are currently five points clear of Manchester City at the top of the Premier League standings.

Despite the decent gap to the Cityzens, not many fans fancy the club to sustain the challenge. In our view, the Gunners must add more quality and depth in the next transfer window.

Asensio could be available for a knockdown price of around €20m and he would be a superb signing with his ability to play on either wing as well as in the number 10 position.

Gabriel Martinelli, Bukayo Saka and Martin Odegaard are nailed-on starters at the moment, but a potential injury for one of them could completely derail the club’s title hopes.

Asensio would be a shrewd acquisition with his vast La Liga experience and big-game exposure. His arrival could also allow Martinelli to play up front for the London giants.

Yesterday, we reported that Gabriel Jesus could be out for a month with a knee injury, but Sportv have now claimed that he will be sidelined for three months with a surgery required.

Eddie Nketiah and Martinelli can both fill the void left by Jesus’ absence. It remains to be seen whether Arteta is tempted to land another centre-forward at the start of the New Year.