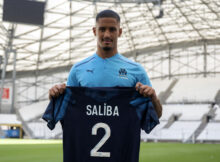 Uncategorized
Arsenal allegedly tabled a £27m bid for Boca Juniors’ 22-year-old attacker Cristian Pavon in January, and according to a report published by Spanish outlet AS (via talkSPORT), the
Read More

Transfer Rumour Review
Arsenal – according to a report published by ESPN – will have to meet the €35m release clause in Cristian Pavon’s contract at Boca Juniors, if the north Londoners
Read More